Add to Lightbox
Image 1 of 1
BN_BotanicalMarvel_08.jpg 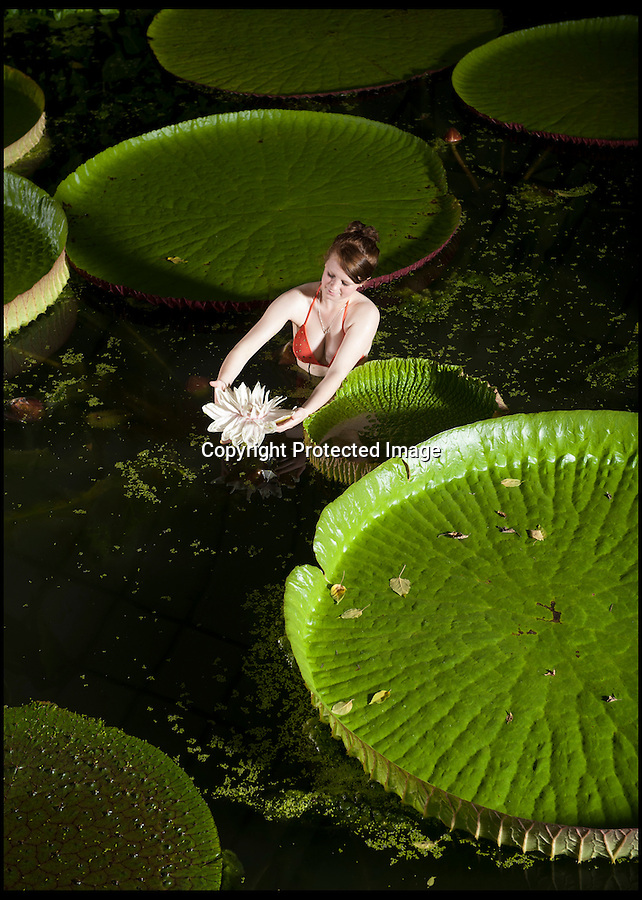 A botanical marvel bloomed at the Ventnor Botanical Garden on the Isle of Wight this weekend and gardener Hannah Rogers(17) had to bravely don her swimsuit and keep an all night vigil to capture it.

The giant Amazonian lily flowers for only two night a year and plucky Hannah had to plunge into the pool to remove pollen from Victoria cruziana on its first flowering to replicate the process performed by a nocturnal scarab beetle attracted to its heavy pineapple like scent in the wild.

The amazing plant first blooms in white on the first night, then changes sex and flowers the following night a deep red before sinking back under the water.

VBG are attempting to hybridise the two different plants they have (V.cruziana and V. amazonica) and then produce a brand new species that will be the largest lily in the world.

These massive plants have grown at an extraordinary speed in only 3 months from a seed the size of a pea carefully planted in 2 tonnes of donkey manure in a 8ft square pots.

The highly controlled hot house, where the specially filtered water is kept at 26C, the air at 45C and 90per cent humidity, is powered by its own array of photovoltaic cells.
Bournemouth News 10 Jul 2013 2866x4019 / 2.0MB