Add to Lightbox
Image 1 of 1
BNPS_PennyLaneGlasses_02.jpg 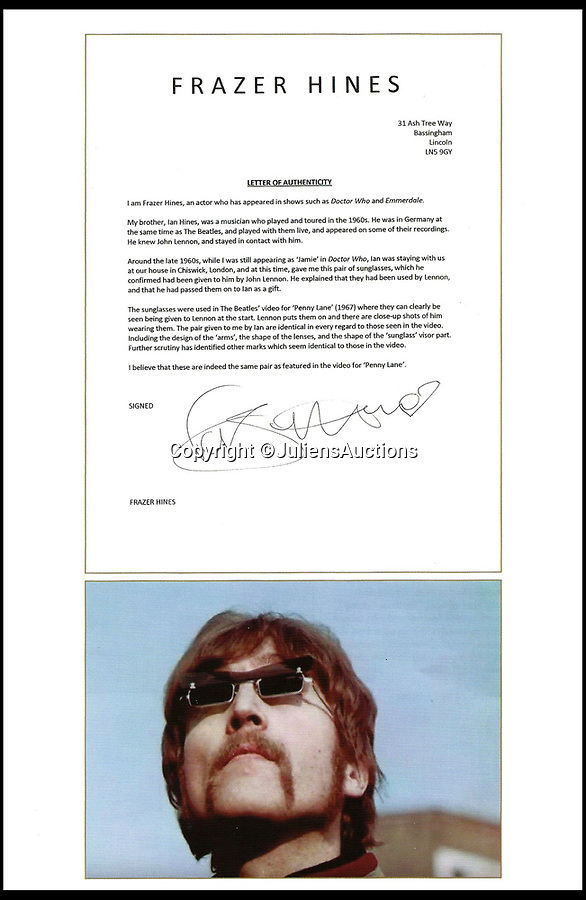 John Lennon's distinctive green sunglasses from the 'Penny Lane' video have emerged for sale for £15,000.

The Beatles star wore the narrow rectangular metal frame sunglasses, which also have a green-tinted flap, in the 1967 video.

At the beginning of the video, Lennon is handed the sunglasses by Paul McCartney and then puts them on, with the camera doing a close-up of his eye-wear.