Add to Lightbox
Image 1 of 1
BNPS_GeraldScarfeArtwork_16.jpg 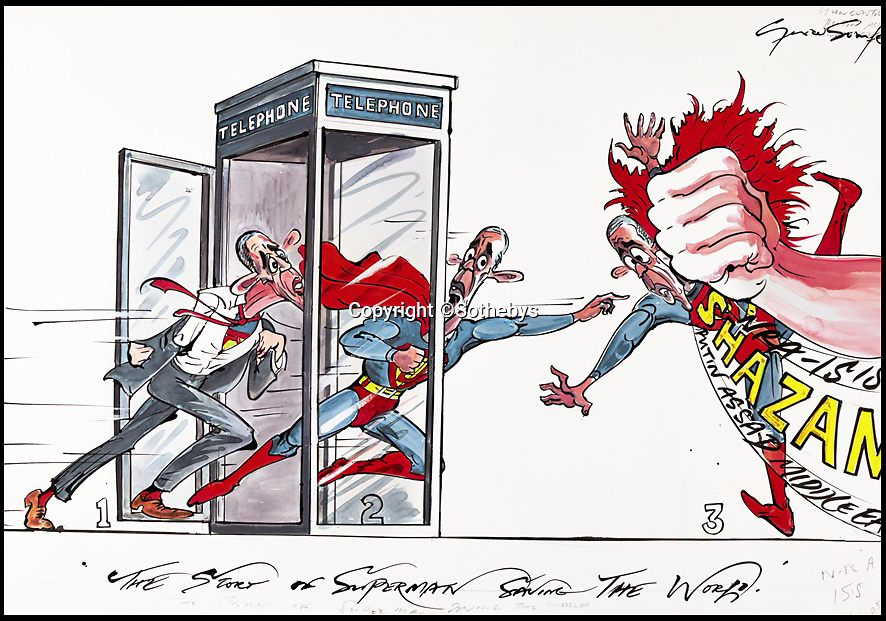 'The story of Superman saving the world' - Barack Obama.

A collection of more than 130 drawings by one of Britain's most celebrated cartoonists has emerged for auction and are tipped to sell for £850,000.

The collection of Gerald Scarfe - who has worked as a cartoonist for the Sunday Times for 44 years - includes satirical portraits of leading political figures from Winston Churchill to Theresa May, as well as examples of his work on Disney film Hercules and Pink Floyd's animation film The Wall.