Add to Lightbox
Image 1 of 1
BNPS_DianaLettersSold_03.jpg 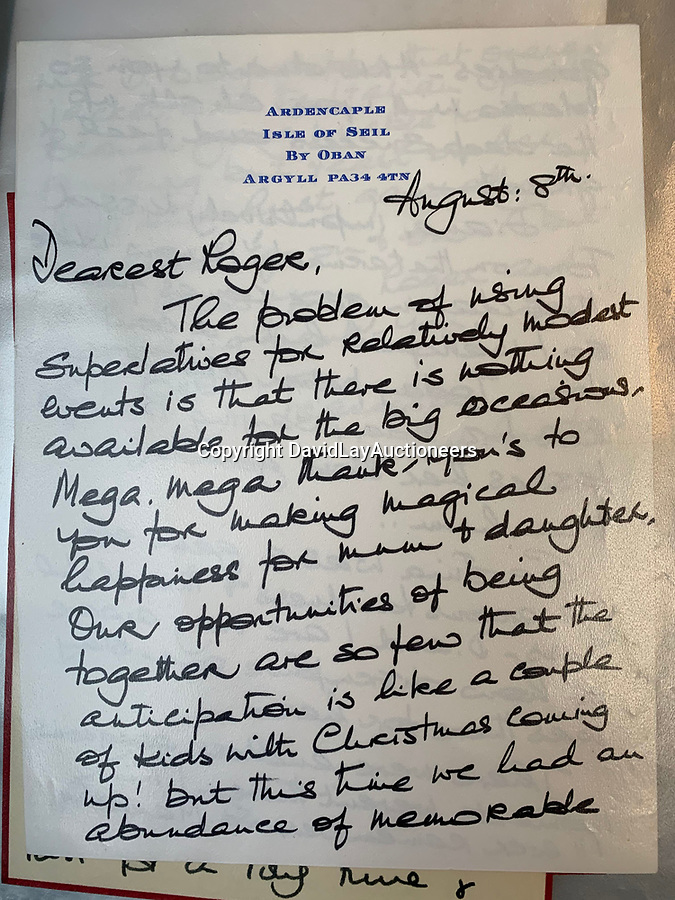 Pictured: The sale also included a letter sent to Mr Bramble from Diana's mum Frances Shand Kydd in which she described how her daughter joyously danced barefoot in Venice while her Italian bodyguards 'lusted over her legs'. It sold for £4,000.

The never-before-seen correspondence was with family friend Roger Bramble who she regularly turned to for support to get her through some of the worst times of her life.
DavidLayAuctioneers 7 Dec 2020 3024x4032 / 1.4MB