Add to Lightbox
Image 1 of 1
BNPS_NedKellyLastStand_01.jpg 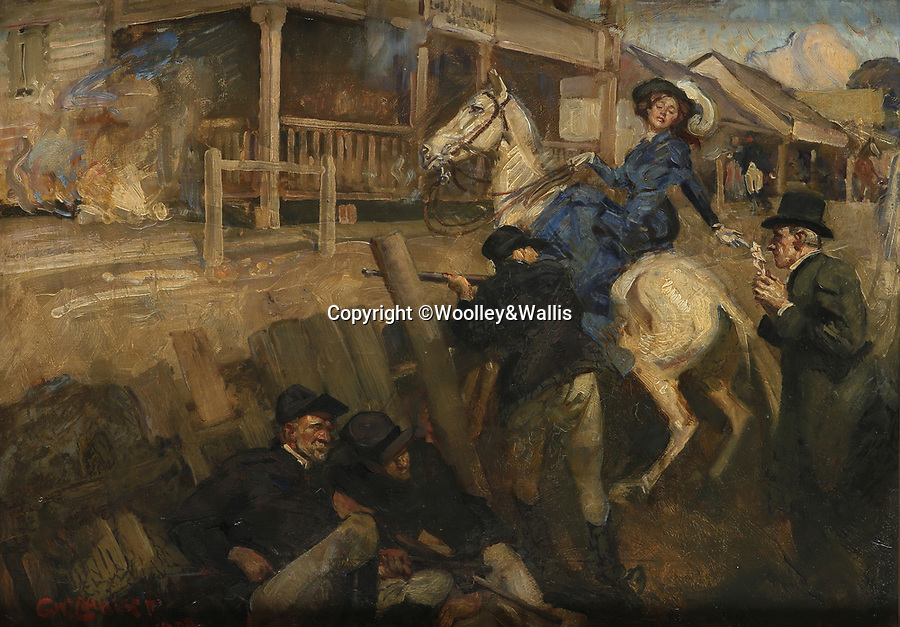 A stirring oil painting of the dramatic last stand of the notorious outlaw Ned Kelly and his gang has sold for almost £100,000.

The artwork, which depicts the bloody 1880 siege of Glenrowan, sparked a bidding war among determined Australian collectors.

It fetched over six times its £15,000 pre-sale estimate when it went under the hammer with Sworders, of Stansted Mountfitchet, Essex.