Add to Lightbox
Image 1 of 1
BNPS_BorisBeckerCollection_014.jpg 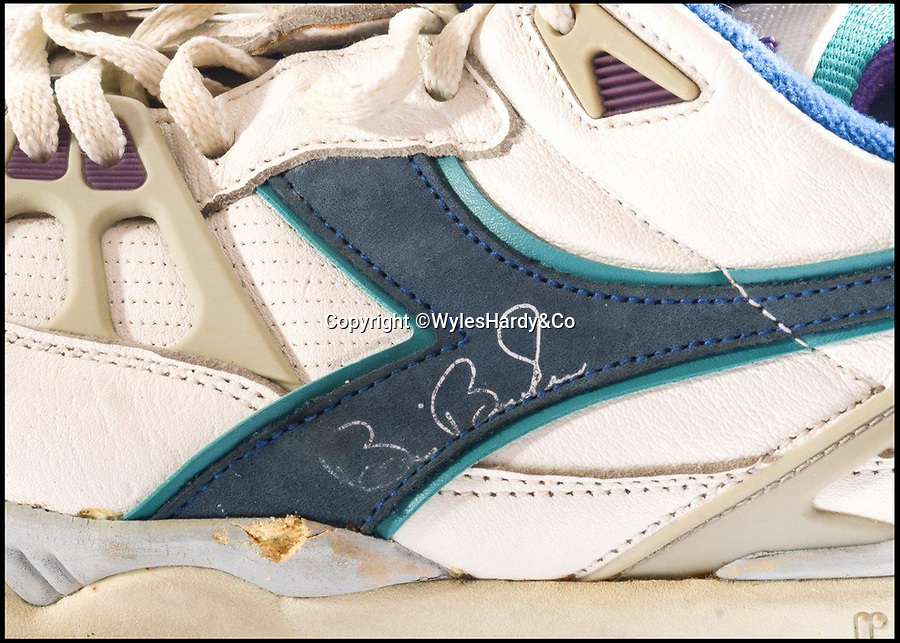 A Pair of Diadora Tennis Shoes, worn by Becker in the 1996 Australian Open Final against Micheal Chang.

Boris Becker's tennis trophies and mementos from his glittering career have emerged for sale.

The sale is being conducted after the German superstar was declared bankrupt last year and his assets were seized by creditors.

Among the marquee lots are a Renshaw Cup trophy Becker was presented after becoming the youngest male winner of Wimbledon aged just 17 in 1985.