Add to Lightbox
Image 1 of 1
BNPS_RareWW1Photographs_02.jpg 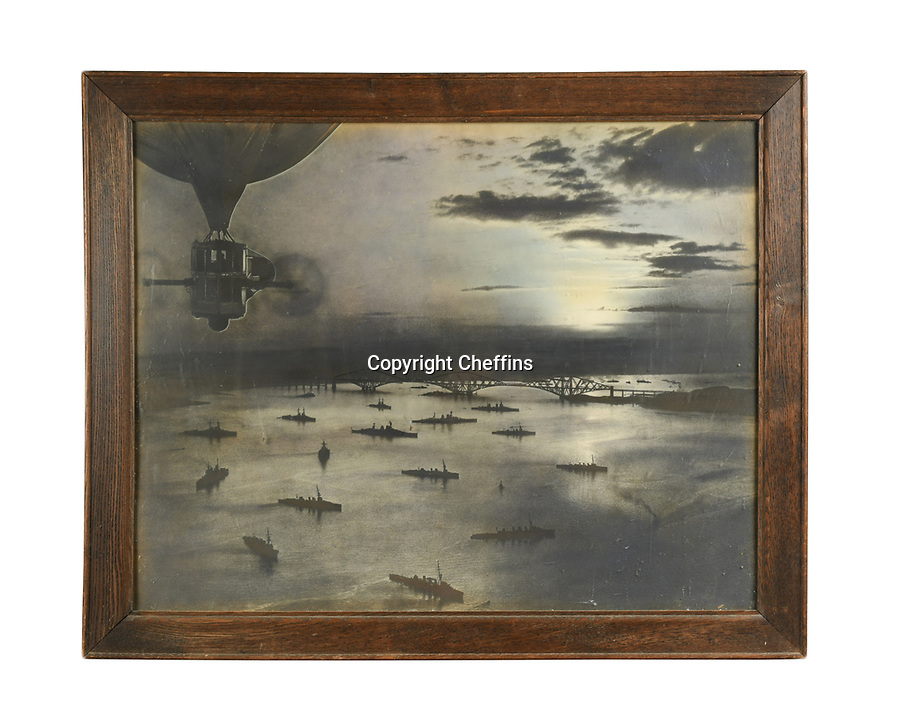 Striking rare photos of the British fleet taken ahead of the infamous Battle of Jutland have been discovered in a barn 105 years on.

The set of five aerial images show the Royal Navy's Grand Fleet en route to the Danish peninsula in the North Sea in 1916.

They include a view of the fleet at anchor in the Firth of Forth with the rail bridge behind them taken from the British airship R.9.

The large framed colour photos were spotted in a barn during an auctioneer's visit to a Suffolk country house whose owners are downsizing.
Cheffins 25 Aug 2021 4488x3628 / 2.1MB