Add to Lightbox
Image 1 of 1
BN_ChristmasTruceShooting_07.jpg 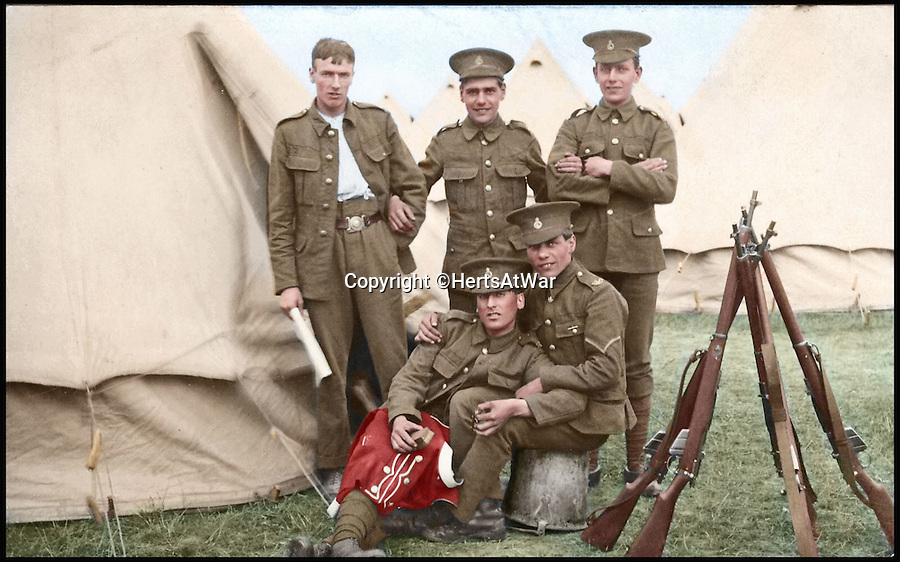 Soldiers of the 1st Battalion Hertfordshire Regiment, taken around August 1914 upon the outbreak of war. (Gregory and Huggins are not pictured)

A poignant footnote to the much heralded Xmas truce of 1914 has been revealed by a British historian who has uncovered a tragic tale that played out just yards from the famous event.

Ruthless German snipers shot and killed two British soldiers in a tragic tit for tat while the famous Christmas Day truce of 1914 broke out around them, it can be revealed 100 years on.

The historic ceasefire which saw men from both sides emerge from their trenches to exchange seasonal greetings and play games of football is one of the most enduring images of the First World War.

But while the remarkable gesture of good will spread to many parts along the Western Front, the friendly festivities stopped half-a-mile short of the Rue De Bois near the French village of Festubert.