Add to Lightbox
Image 1 of 1
BNPS_SommeDoctorSketches_02.jpeg 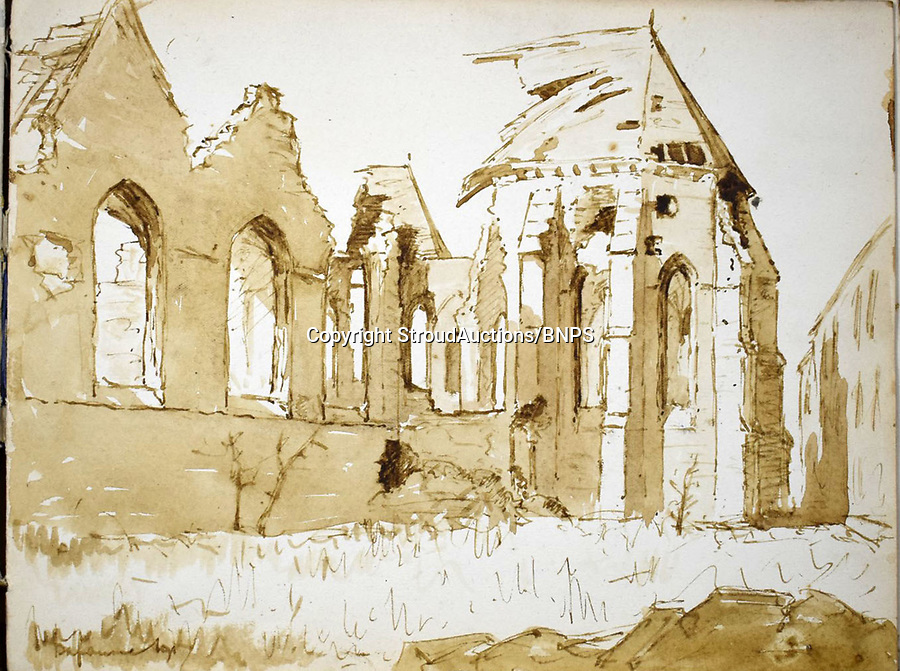 There is a sombre pencil sketch of a soldier on the operating table surrounded by a nurse and doctors. Another watercolour shows the bodies of soldiers strewn on a boggy Western Front battlefield.
StroudAuctions/BNPS 21 Sep 2021 1356x1011 / 276.6KB