Add to Lightbox
Image 1 of 1
BNPS_PoignantTitanicArchive_06.jpg 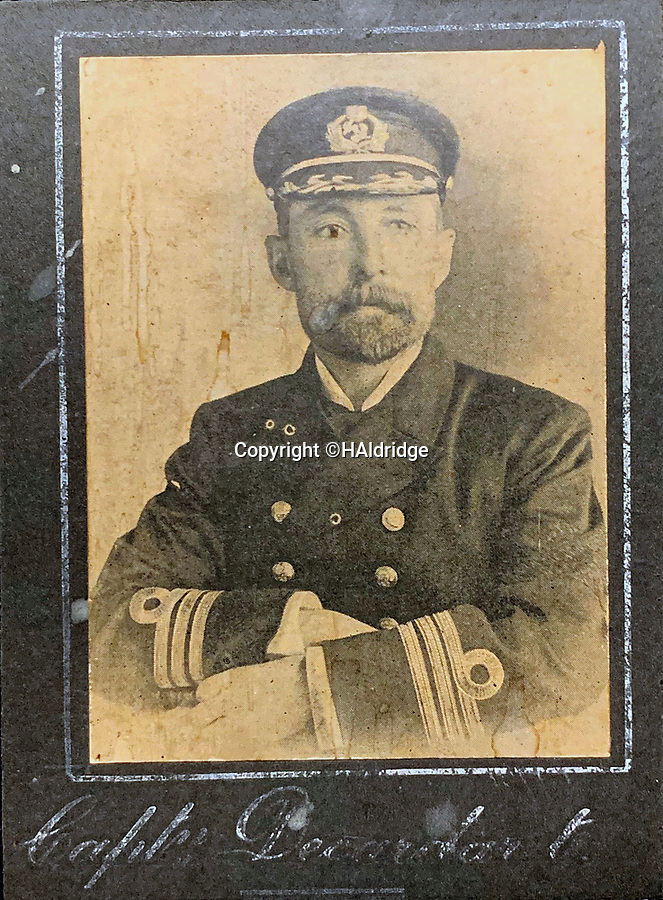 The captain of the Minia William DeCarteret.

A poignant cross made from drift wood from the Titanic by a seaman tasked with recovering the bodies from the disaster as surfaced 107 years later.

The small religious symbol was delicately hand carved by Samuel Smith, a joiner on the cable-laying ship Minia which was tasked with searching for bodies.

Mr Smith was so moved by the macabre experience that he honoured the victims by creating the wooden cross on a three-tiered plinth.

He made it from a piece of oak wood he plucked from the ocean that has come from the sunken liner.