Add to Lightbox
Image 1 of 1
BNPS_TopTable_05.jpg 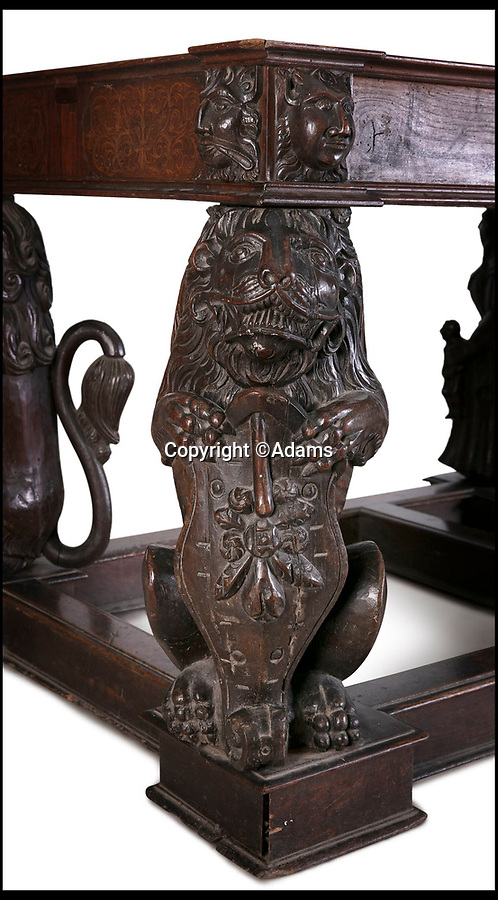 The six legs are fashioned from ornate Spanish carvings that survived the shipwreck.

You'll need a Queen's ransom to buy this stunning table made from the remains of the shipwrecked Spanish Armada.

The grandiose survivor is built from the debris of Spanish galleon's wrecked off the west coast of Ireland in 1588, whilst trying to fleee back to Spain.

The 8ft by 3ft oak table was fashioned from bits of Spanish ships washed up on the shore after a storm had finally finished off Catholic Spain's attempt to invade Queen Elizabeth's Protestant Britain.

The unique 500 year old relic of the ill fated expedition was constructed for the High Sheriff of County Clare Boethius Clancy, he later gifted it to the O'Brien clan in Dromoland Castle where it has stayed to this day.
©Adams 7 Sep 2018 1130x2044 / 371.0KB