Add to Lightbox
Image 1 of 1
BNPS_HeroHunt_01.jpg 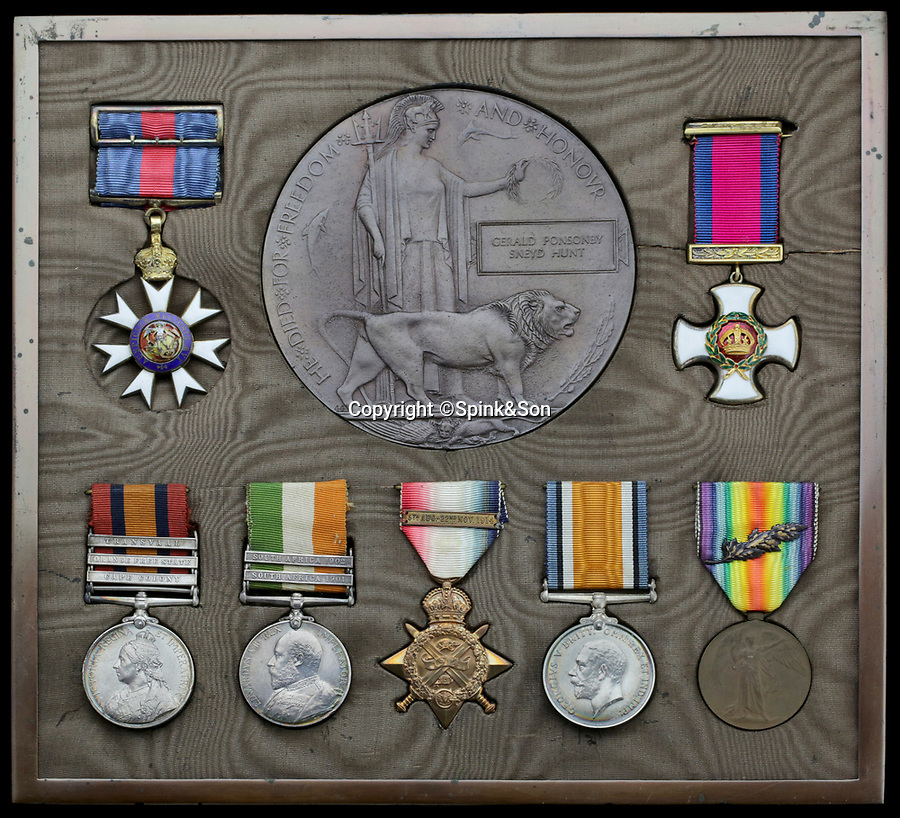 The heroism of a British World War One officer who sacrificed his life to save his men can be revealed after his medals emerged for sale for £8,000.

Brigadier General Gerald Hunt, of the 1st Battalion, Royal Berkshire Regiment, single-handedly held up the Germans for two hours to enable his fellow troops to withdraw their position.

He ignored numerous calls from Battalion HQ to fall back and kept engaging the enemy until he was shot in the head by a sniper and killed instantly during the opening skirmishes of the German Spring Offensive.
©Spink&Son 8 Mar 2021 4081x3709 / 4.1MB