Add to Lightbox
Image 1 of 1
BNPS_SkinGone_02.jpg 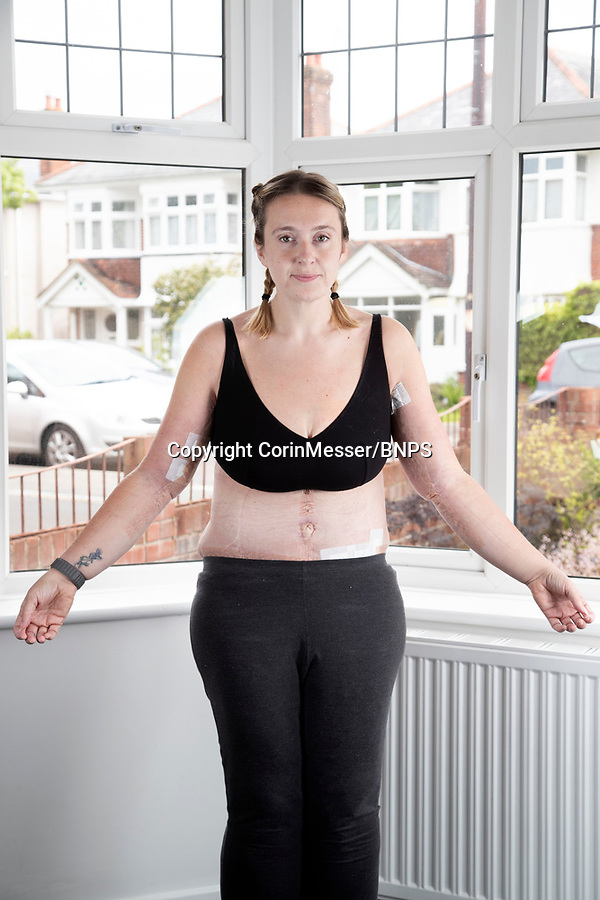 Steph Kent recovering at her home after a skin removal operation.

A woman who lost 12 stone in weight and then raised £15,000 to have her excess skin removed is recovering after undergoing the radical surgery.

Steff Kent crowdfunded for the five hour operation to cut off swathes of tissue from her stomach and arms in a five-hour operation.