Add to Lightbox
Image 1 of 1
BNPS_NewCollegeChapel_09.jpg 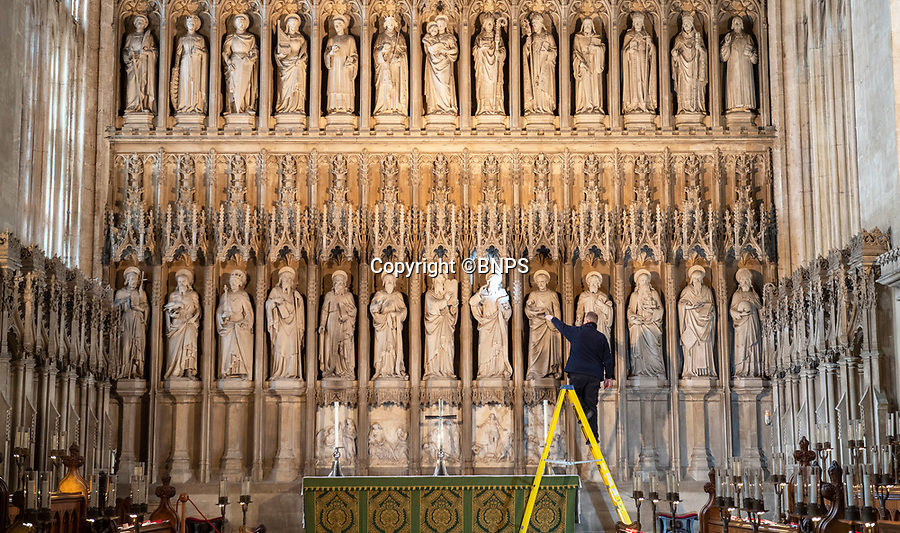 The spectacular 'Reredos' screen of New College chapel in Oxford gets an annual check over by maintenance staff as college life slows and students of the 640 year old institution return home for Christmas.

If the scene looks familiar its because the stunning chapel has appeared many times in film and on TV, most recently in the current BBC series 'His Dark Materials' as well as Harry Potter, Mamma Mia 2 and Tom Cruise's The Mummy.

Although called 'New' College, the famous seat of learning was actually founded in 1379 by William of Wykeham, Bishop of Winchester and Chancellor to King Edward III, when his family motto 'Manners makyth Man' was adopted by the college.

The reredos was restored in 1892 after the original was attacked by Reformation zealots in the sixteenth century, who had unfortunately smashed the carvings and plastered over the niches.
©BNPS 21 Nov 2019 5264x3118 / 3.2MB