Add to Lightbox
Image 1 of 1
BNPS_ForgottonBeatlesLineUp_01.jpg 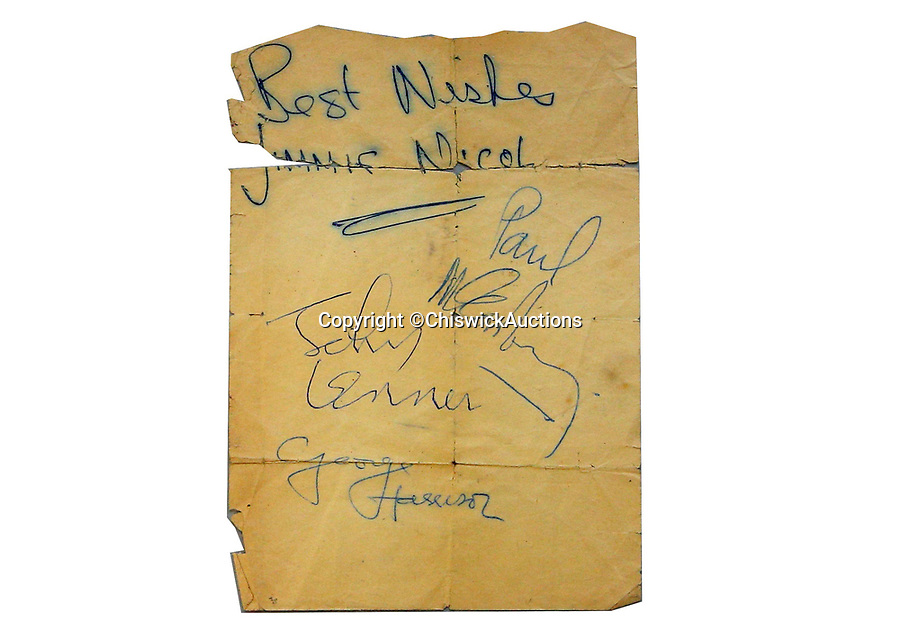 A piece of paper containing the autographs of a temporary and long-forgotten line-up of the Beatles has been uncovered after almost 60 years.

The unusual piece of memorabilia dates back to 1964 when the band, at the height of Beatlemania, were on tour in Hong Kong.

Shortly before leaving for Asia, Ringo Star was struck down and hospitilised with tonsillitis, leaving him unable to perform.