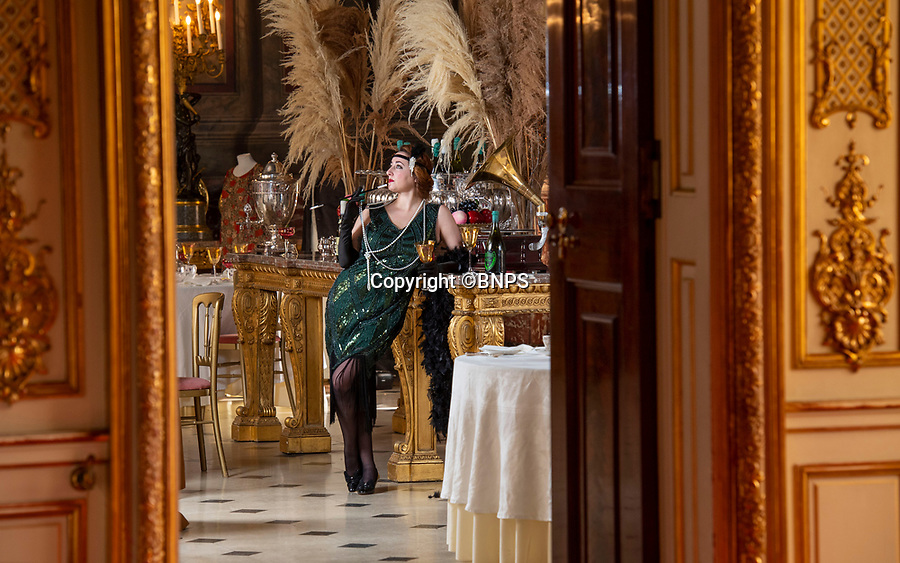 Let's Misbehave - A fascinating insight into the heady world of the upper classes in the roaring twenties has opened at Blenheim Palace.

The 9th Duke of Marlborough and his second wife, American intellectual Gladys Deacon, were lavish hosts at the baroque Oxfordshire Palace.

Their frequent house parties in a time of great social, artistic and political change were attended by friends as diverse as Winston Churchill, Edith Sitwell, Jacob Epstein and Bloomsbury set founders Lytton Strachey and Virginia Woolf.

The exhibition showcases their lavish lifestyles in a series of scenes within the Palaces elegant State Rooms.

Actors portraying the leading characters interact with the visiting public to give a flavour of the famously decadent decade.
©BNPS 22 Feb 2020 5132x3204 / 2.0MB