Add to Lightbox
Image 1 of 1
BNPS_GeorgeBeatleMum_08.jpeg 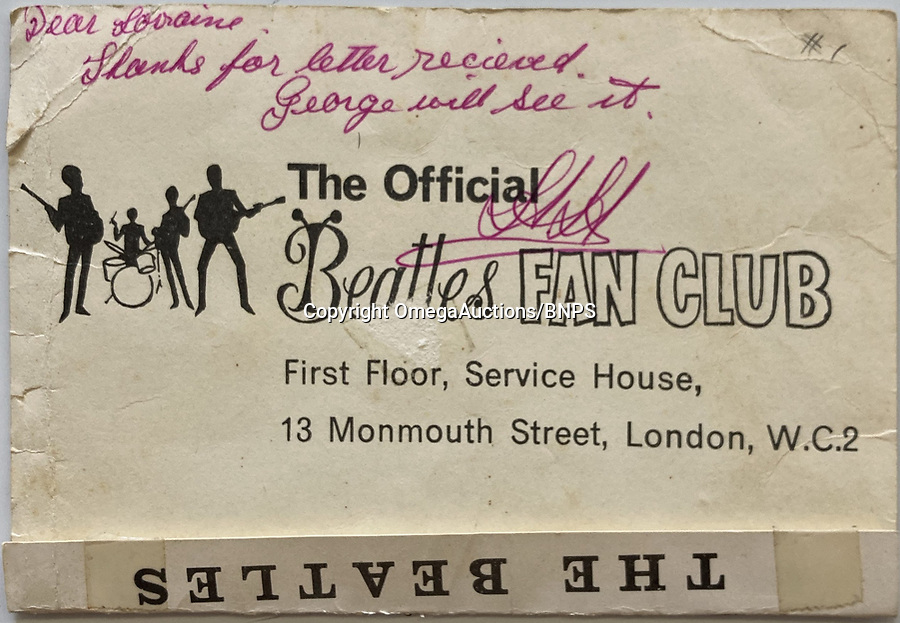 Pictured: She got a response from George's mum with a picture of the band signed by George and a handwritten note on the back saying 'thanks for all the letters, George will see them'.