Add to Lightbox
Image 1 of 1
BNPS_EdwardianPostersFoundAtStation_11.jpg 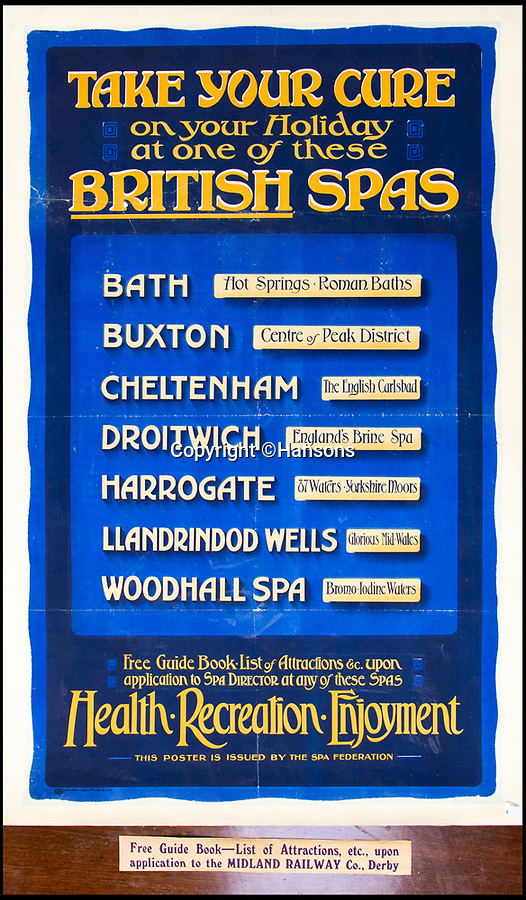 Vintage railway posters promoting the golden age of steam which were rescued from a station roof just before the building was demolished 54 years ago have emerged for sale for £20,000.

The pristine Midland Railway posters - which date from 1910 to 1920 - were found by chance by a Cambridge undergraduate during a night out with friends in the tiny village of Edwaldton on the outskirts of Nottingham in 1964.

As they walked through the old ticket office at Edwalton railway station, 22 year old Chris Hind saw some paper that had fallen through a hole in the ceiling.

The next day, he returned to the station and fashioned a makeshift ladder to climb into the loft where the paper had fallen from and was amazed to discover a vast collection of about 40 posters which he has kept since then.
©Hansons 26 Jun 2018 887x1518 / 1.4MB