Add to Lightbox
Image 1 of 1
BNPS_MaryAnningLetterSold_04.jpg 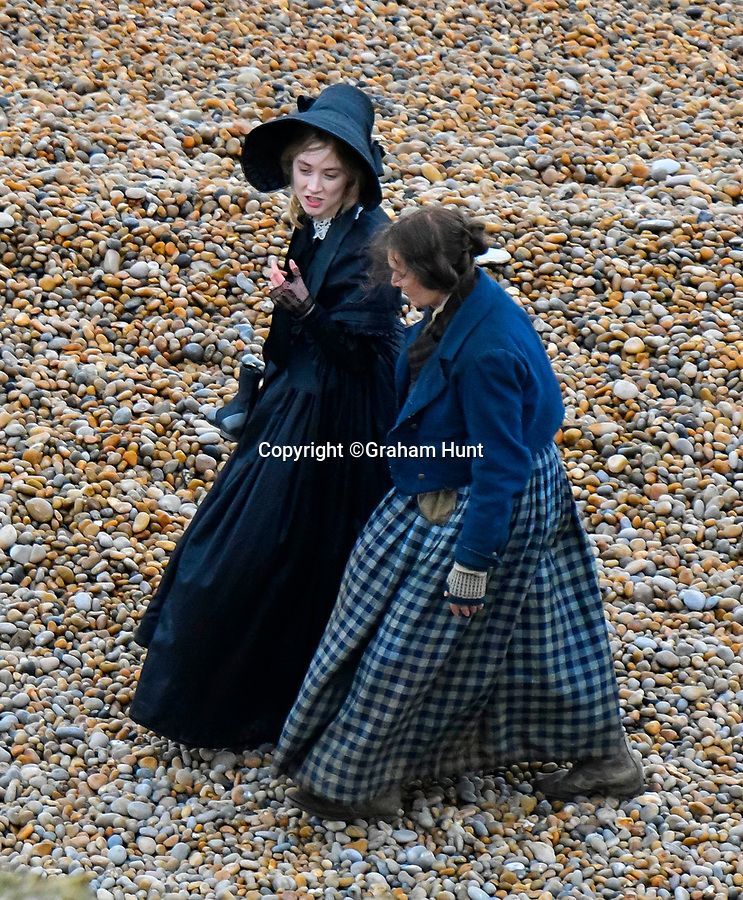 PICTURED Kate Winslet and Saoirse Ronan filming Ammonite on the beach at Charmouth in Dorset about the life of fossil hunter Mary Anning. The house sits 500ft above the beach, which was used as a filming location last year for Ammonite, the yet to be released film starring Kate Winslet as palaeontologist Mary Anning.