Add to Lightbox
Image 1 of 1
BNPS_BookRevealsHorrorOfMonteCassino_18.jpg 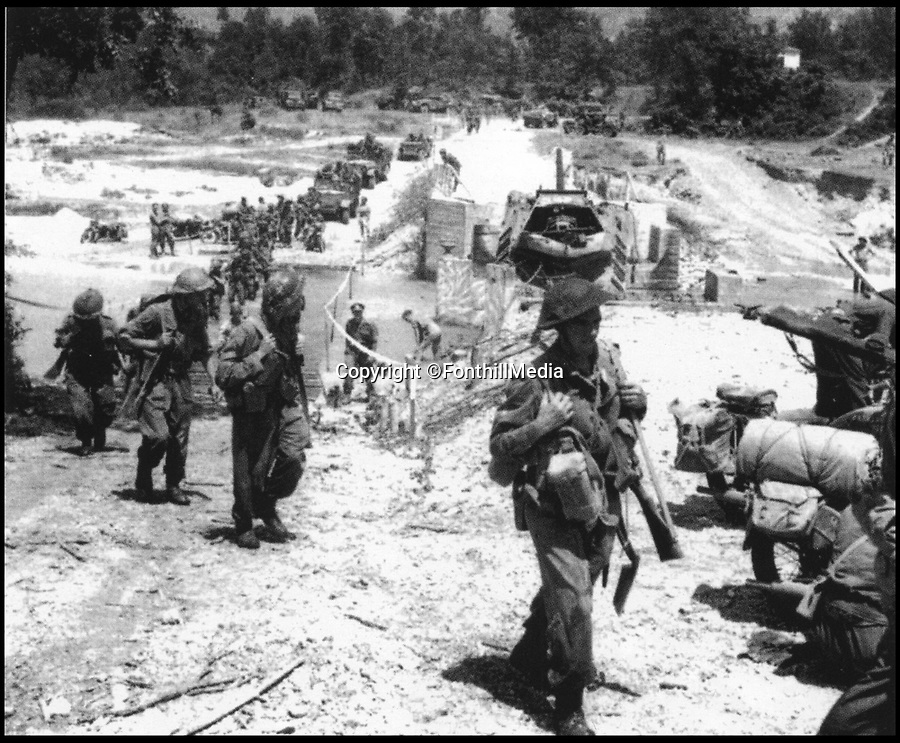 After the fall of the Gustav Line, British tanks of the 78th Infantry Division cross a pontoon bridge in Liri valley.

These harrowing images of Monte Cassino feature in a new book about the military offensive which sheds fresh light on atrocities committed by French forces after the famous battle.

The monumental four-month battle saw the Allies launch four assaults against the Winter Line in Italy held by Axis forces as they sought the breakthrough to clear the path to Rome.

However, the route was blocked by the rugged Monte Cassino massif with its hilltop medieval monastery.

The Allies were confronted by barren, rocky slopes and inaccessible mountains where German soldiers with machine guns lay in wait.

Historian Angelos Mansolas has researched the Battle of Monte Cassino for his new book Monte Cassino, January - May 1944, The Legend of the Green Devils, which includes haunting first-hand accounts of soldiers on both sides.
©FonthillMedia 9 Aug 2017 2634x2174 / 1.2MB