Add to Lightbox
Image 1 of 1
BNPS_UnusalCharlesI_04.jpg 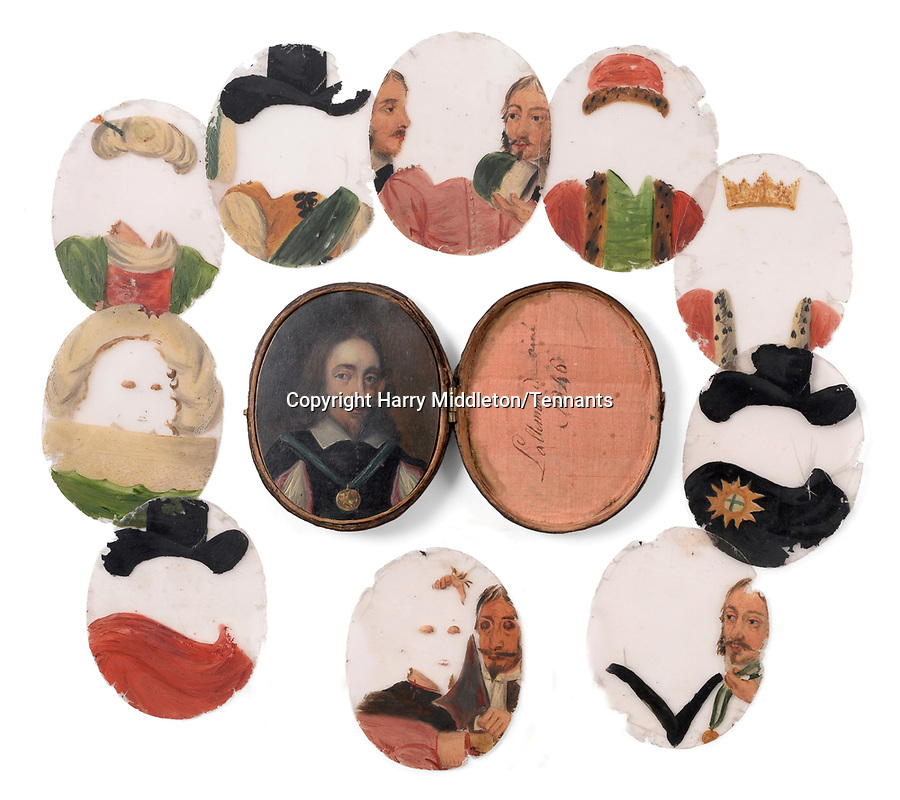 A macabre Charles I dress up set which was produced to commemorate his trial and execution has emerged for sale for £7,000.

The leather 3ins by 2ins case opens to reveal a picture of the deposed King and ten overlays charting his life through various outfits.

They would be placed on top of the original image, with a head-shaped hole so his face is still visible.

One grizzly image shows the executioner clutching Charles' decapitated head. Another is of him in the black hat and cloak he wore at his trial for high treason. Charles was executed in 1649 following defeat in the English Civil War.
The portrait set, made shortly after his death, is being sold with auctioneers Tennants, of Leyburn, North Yorks.
Harry Middleton/Tennants 3625x3221 / 1.2MB