Add to Lightbox
Image 1 of 1
BNPS_LastOfTheFew_013.jpg 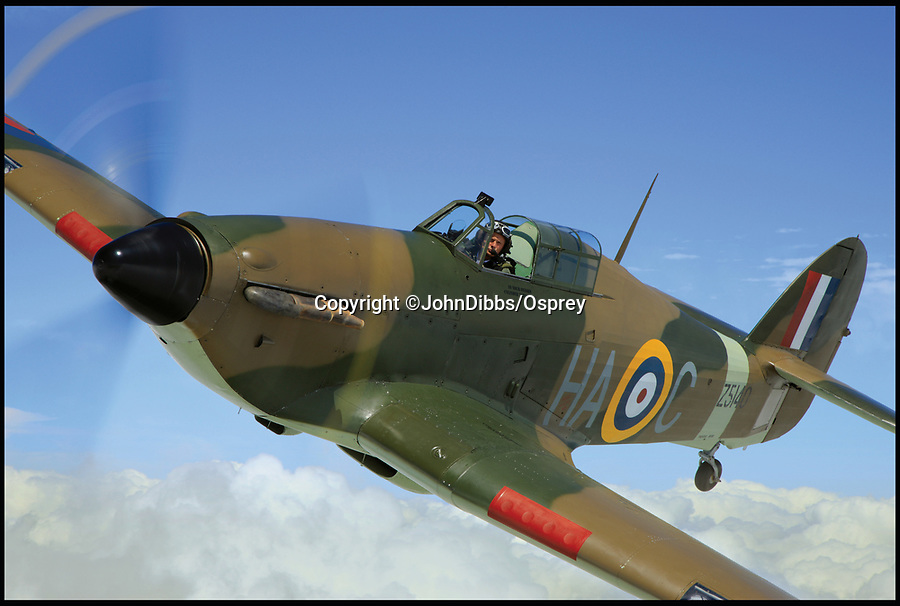 This Canadian built Hurricane is painted in the colours of Z5140 that defended 'Fortress Malta' during WW2.

Last of the Few - A photographer's stunning new book is a tribute to the last Hawker Hurricane's - the true workhorse of the Battle of Britain.

Only 13 WW2 Hurricanes are still airworthy today, compared to over 60 of their more glamorous counterpart the Spitfire.

But during the Battle of Britain there were in fact twice as many Hurricane's as Spitfires taking on Hitlers Luftwaffe in the skies over southern England.

The Hurricane may be viewed as less glamorous than the Spitfire, but these stunning photographs reveal just how majestic it was in full flight.

Photographer John Dibbs has got up close and personal to the legendary fighter planes in order to capture them like never before.

His 10 year quest for surviving Hurricanes took him all over the world and he photographed them in England, France, the United States and New Zealand.

Using the skill and experience of highly experienced RAF and civilian pilots, Mr Dibbs was able to fly to within 15ft of some of the last remaining Hurricanes - with breath-taking results.

There was a fair degree of skill involved as he took the photos from the canopy of a Second World War trainer aircraft which was travelling at 200mph while confronting wind blast.

The thrilling photos were taken for an a definitive history of the Hurricane which is told by Mr Dibbs and aviation historians Tony Holmes and Gordon Riley in their new book Hurricane, Hawker's Fighter Legend.
©JohnDibbs/Osprey 10 Aug 2008 6363x4284 / 3.2MB