Add to Lightbox
Image 1 of 1
BNPS_InterestingAuction_07.jpg 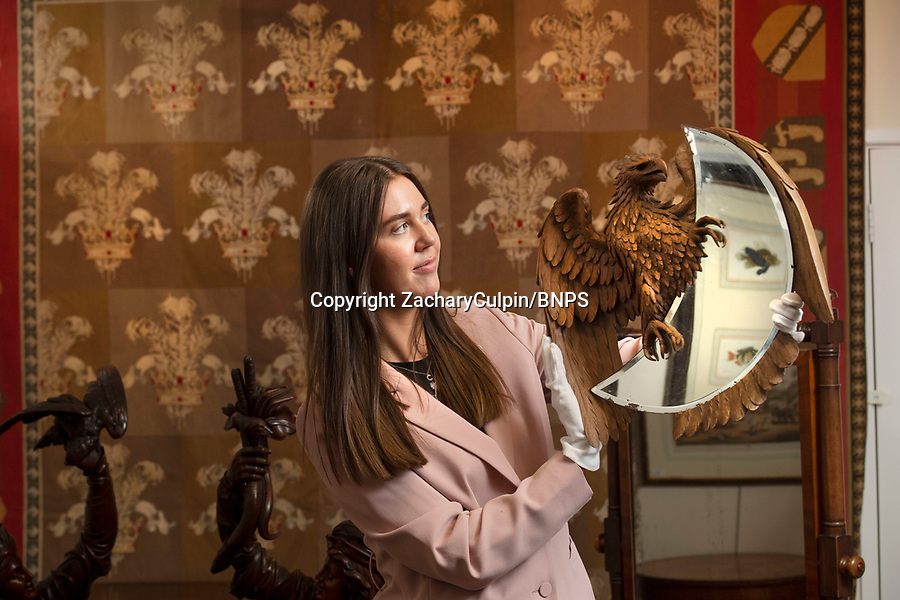 Pictured: Preparing for the sale - An eagle shaped mirror that once belonged to George Formby.

An eclectic array of Continental figures and other unusual antiques are set to sell for thousands of pounds with a British auction house.

The sale features a pair of Italian late 19th century walnut huntsmen figures valued at £12,000, while an early 20th century ventriloquist's dummy in a sailor's costume is tipped to fetch £250.