Add to Lightbox
Image 1 of 1
BNPS_BoneShip_07.jpg 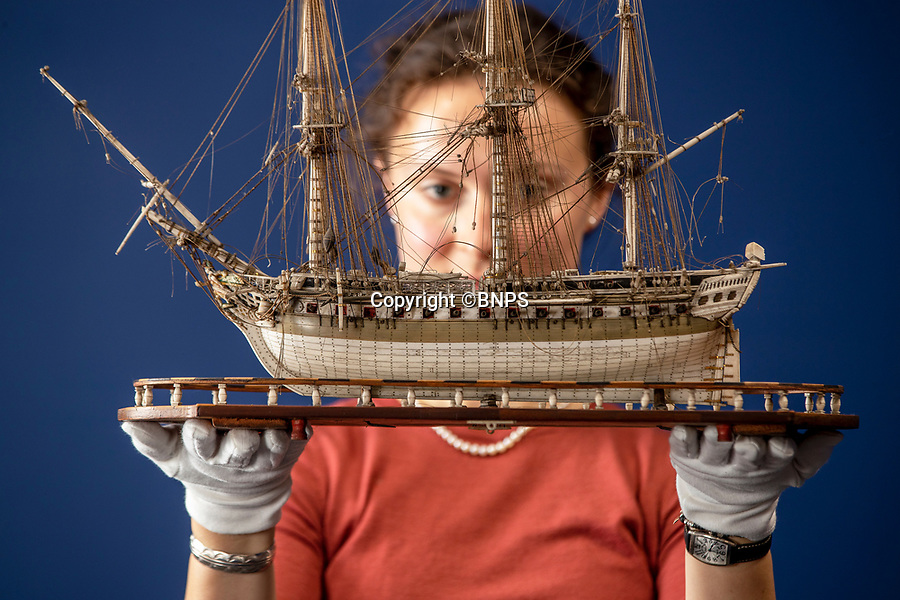 Pictured: Hannah Farthing of Woolley and Wallis with the ship.

A model ship exquisitely carved out of animal bone by a French Prisoner of War during the Napoleonic Wars is expected to sell for £6,000.

The 48-gun Royal Navy frigate was fashioned by a French PoW locked in Portchester Castle, Hants, over 200 years ago, using animal bones left over from rations.

The medieval fortress became a jail for over 7,000 French prisoners during the Napoleonic Wars, which lasted from 1793 to 1815.