Add to Lightbox
Image 1 of 1
BNPS_ChineseVaseSellsFor350K_05.jpg 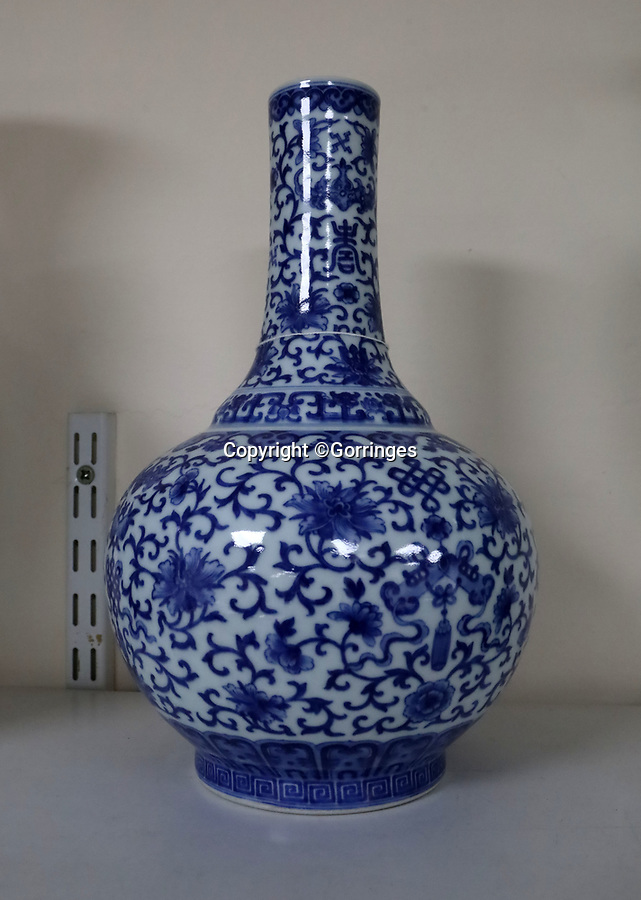 A Chinese vase that has been used for years to keep flowers in has sold for a whopping £340,000 - almost 700 times what it had been expected to.

The blue and white bottle vase was brought in to an auction house in a box of items by its owners.

Experts found traces of old dirt inside, suggesting it had been used to keep flowers or even a plant.

However, on the base was a six character seal mark suggesting it dated back to the time of the Daoguang Emperor who reigned from 1820 to 1850 in Imperial China.

The indication was enough to excite bidders in China who flooded auctioneers Gorringe's of West Sussex with interest.
©Gorringes 23 Nov 2019 3662x5145 / 1.5MB