Add to Lightbox
Image 1 of 1
BNPS_TheTransportSaleDreweatts_24.jpg 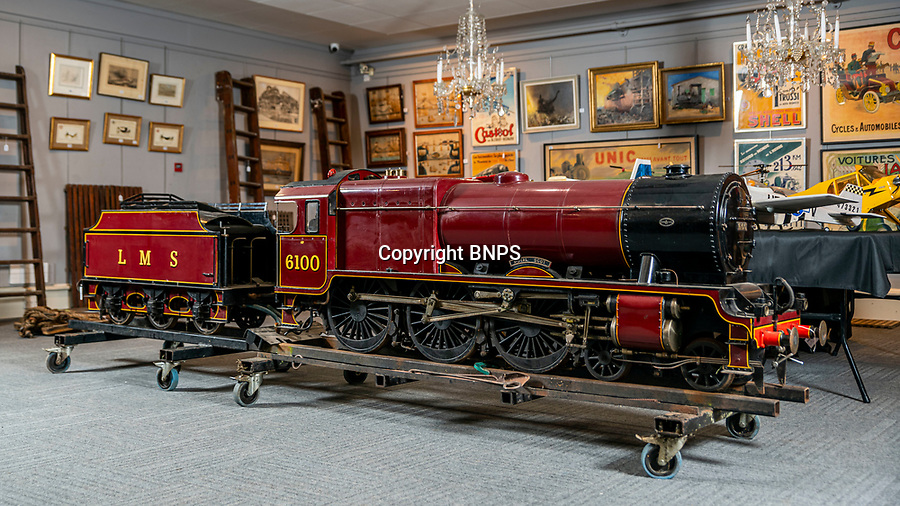 Pictured: A 10 1/4 inch gauge model of the London Midland and Scottish tender locomotive No 6100 'Royal Scott, built from Bassett-Lowke castings and rebuilt by William Whiteley of Newark on Trent at D. Arundel & Co 1972, in the Dreweatts Donnington Priory saleroom.

A remarkably detailed, functioning model steam engine is tipped to sell for £50,000 after attracting worldwide interest from train enthusiasts.

The maroon 10.25ins gauge model of the London Midland and Scottish tender locomotive No 6100 'Royal Scott' was built in Bedfordshire in 1965.

It underwent a significant restoration in 1972 and is still in a 'high quality' condition half a century later.