Add to Lightbox
Image 1 of 1
BNPS_GeorgeBeatleMum_01.jpeg 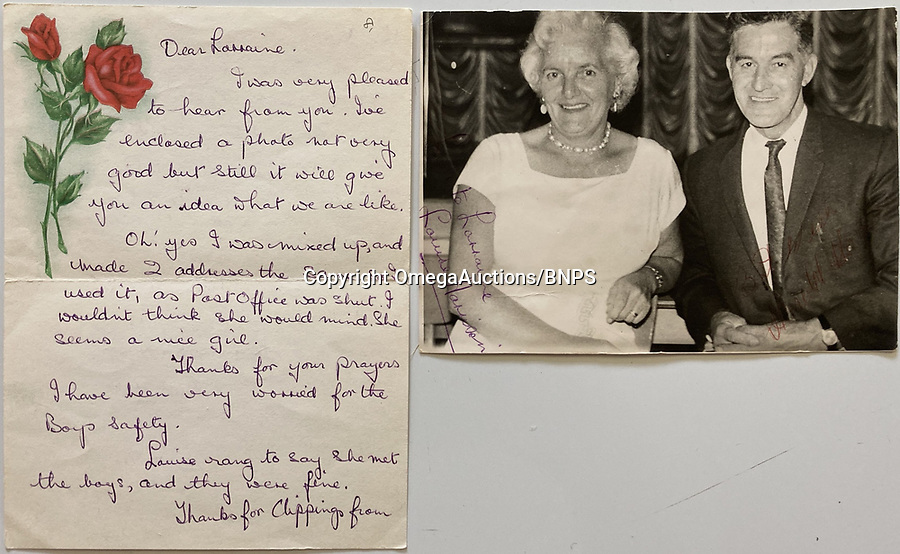 Pictured: Louise Harrison enclosed a picture of herself and Harold Hargreaves Harrison in a letter to super fan Lorraine O'Malley