Add to Lightbox
Image 1 of 1
BNPS_KGBSpySecrets_23.jpg 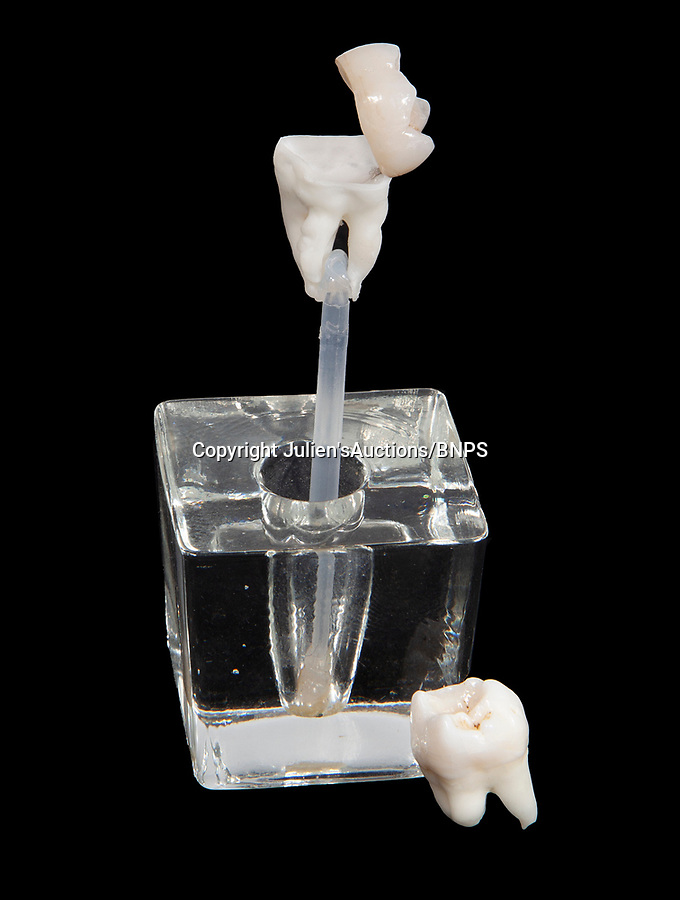 A fake suicide tooth which has a hidden compartment for storing cyanide fetched £5,500.

A remarkable collection of Cold War relics which includes chilling Soviet secret weapons have sold for hundreds of thousands of pounds after sparking a bidding war.

The almost 400 items were amassed over 30 years by historian Julius Urbaitis who opened a KGB Espionage Museum in New York in 2019.

But Mr Urbaitis, who worked as a consultant on the hit TV series Chernobyl, had been forced to close down and sell everything off due to the coronavirus pandemic
Julien'sAuctions/BNPS 2 Dec 2020 1360x1800 / 610.4KB