Add to Lightbox
Image 1 of 1
BNPS_ChurchillCigarSold_13.jpg 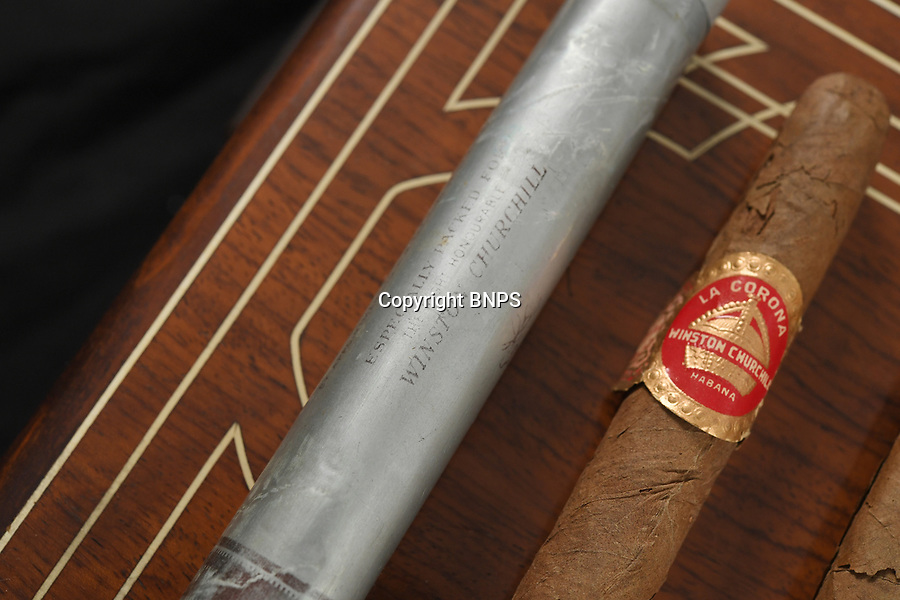 Pictured: The cigar by Danish tobacco company A.M Hirschserung Sonner, was seemingly a gift to him in 1950 by the University of Copenhagen.

The Art Deco style finely crafted rosewood box was uncovered during a routine valuation at a house on the Devon coast.

Auctioneer Julian Smith had been invited to look at a pocket watch the elderly owners were planning to sell when he spotted the cigar case on the shelf in the lounge.
BNPS 3 Mar 2021 5568x3712 / 2.6MB