Add to Lightbox
Image 1 of 1
BNPS_WW2JollyRoger_06.jpg 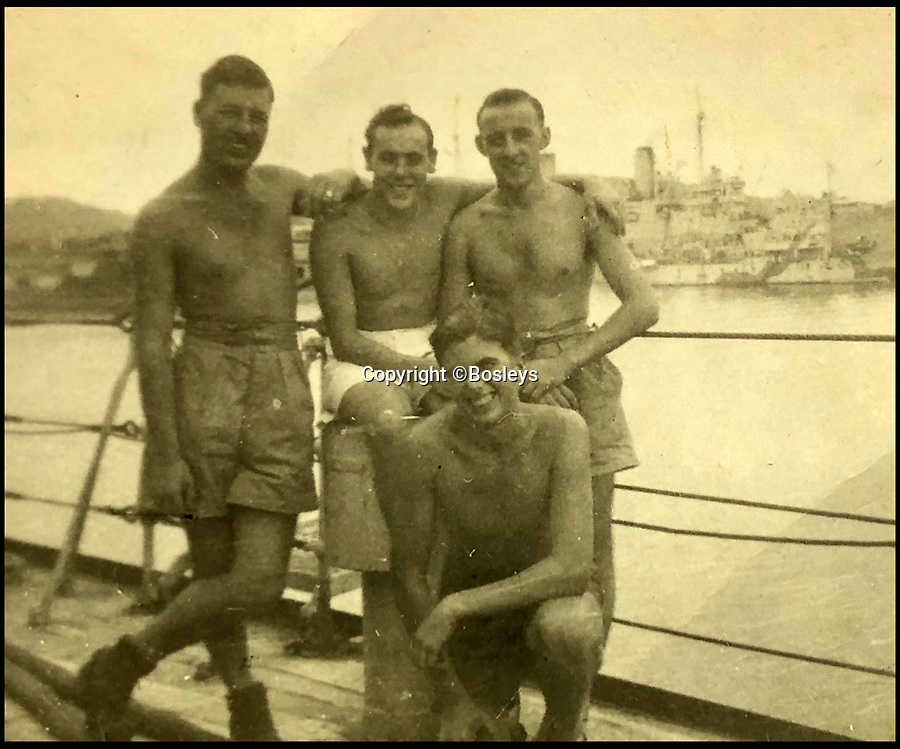 A/s William Fern (front) in Ceylon (Sri Lanka) with other submariners at the end of the war.

At the end of the conflict it was gifted by the captain to Able Seaman William Fern who, as the youngest crew member, had the job of maintaining and updating the Jolly Roger.
©Bosleys 18 Jun 2018 1794x1493 / 310.2KB