Add to Lightbox
Image 1 of 1
BNPS_PaperDandyReturnsToBlenheim_04.jpg 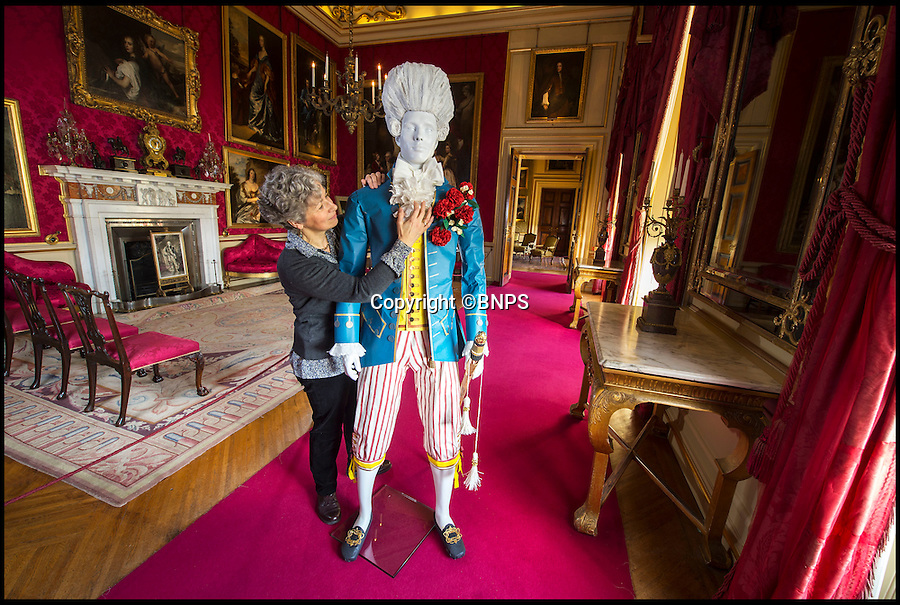 The notorious husband of the first Lady Diana Spencer has been brought back to life in the glorious surroundings of Blenheim Palace - made entirly of paper.

Topham Beauclerk, was a 'Macaroni' - an 18th century group of wealthy and fashinable young men so named for their striking and colourful dress.

He married the original Lady Diana Spencer - Princess Di's namesake and distant cousin - in 1768 after she walked out on her philandering husband.

A great grandson of Charles II and his mistress Nell Gwynn, he was described as one of the most fashionable men in England and paper costume sculptor Denise Watson of Delicarta has created a stunning representation of his colourful style for a new fashion exhibition at Blenheim Palace.

Everything from his wig, to his shoes and accessories are made from different types of paper - lighweight but stiffened Mulberry for the wig, painted newsprint paper for the waistcoat and breeches and cardboard tubes for his walking cane.
©BNPS 7 Feb 2017 4871x3274 / 2.2MB