Add to Lightbox
Image 1 of 1
BNPS_RichthofenWW2PhotoAlbum_24.jpg 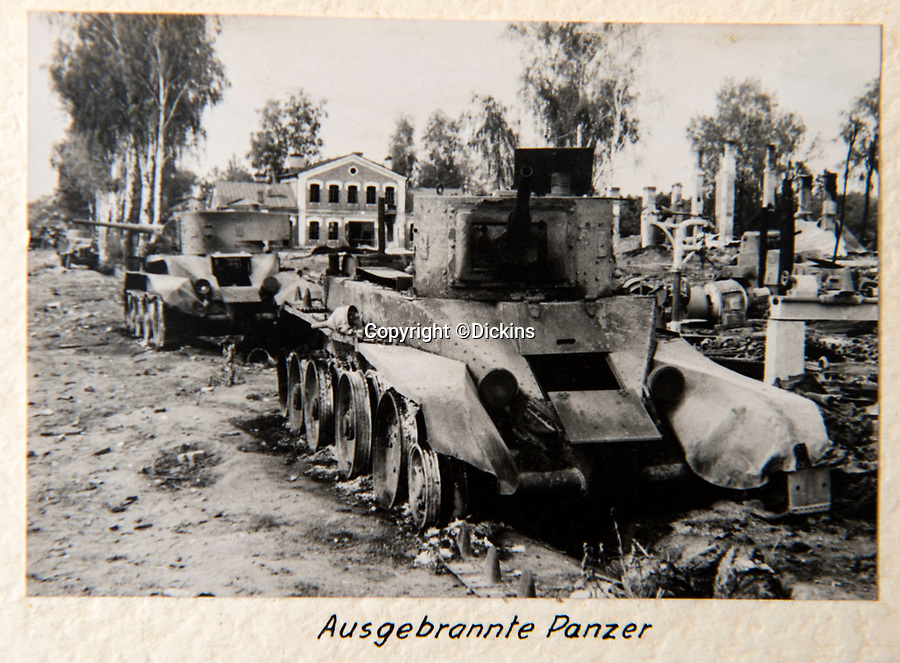 The unseen personal photo album of Field Marshal Wolfram von Richthofen, cousin to the legendary Red Baron, which gives an unprecedented insight into his military career in the Third Reich, has been rediscovered.

Wolfram served in the Red Baron's squadron in the WW1, went on to design the 'Jericho trumpet' of the infamous Stuka Bomber between the wars, before leading the Condor Legion in the Spanish Civil War.

After the outbreak of WW2 the fascinating album shows Richthofen's lead roll in Operation Barbarossa - the Nazi's suprise invasion of Communist Russia and their race to conquer the vast country before the onset of the notorious Russian winter.

The two albums were taken from Berlin by a British soldier at the end of the Second World War who kept it for 60 years before it was passed into the hands of a private collector.