Add to Lightbox
Image 1 of 1
BNPS_GreatWarPhotographs_022.jpg 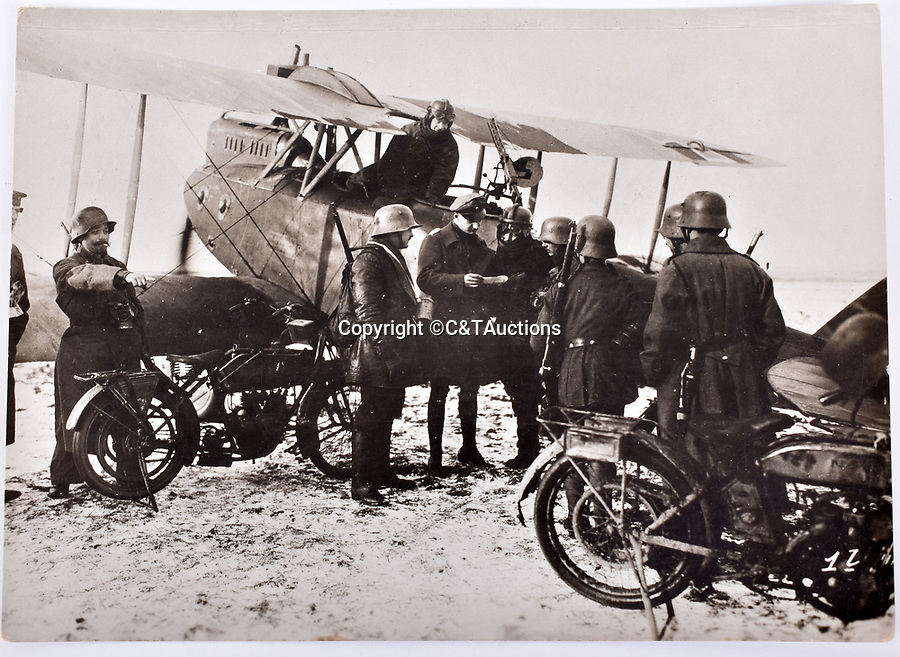 Other pictures in the album depicts the early days of aerial warfare when hand grenades were dropped over the side of the cockpits by German pilots.
©C&TAuctions 30 Jan 2019 4692x3425 / 1.6MB