Add to Lightbox
Image 1 of 1
BNPS_FlagWaveBanksy_03.jpg 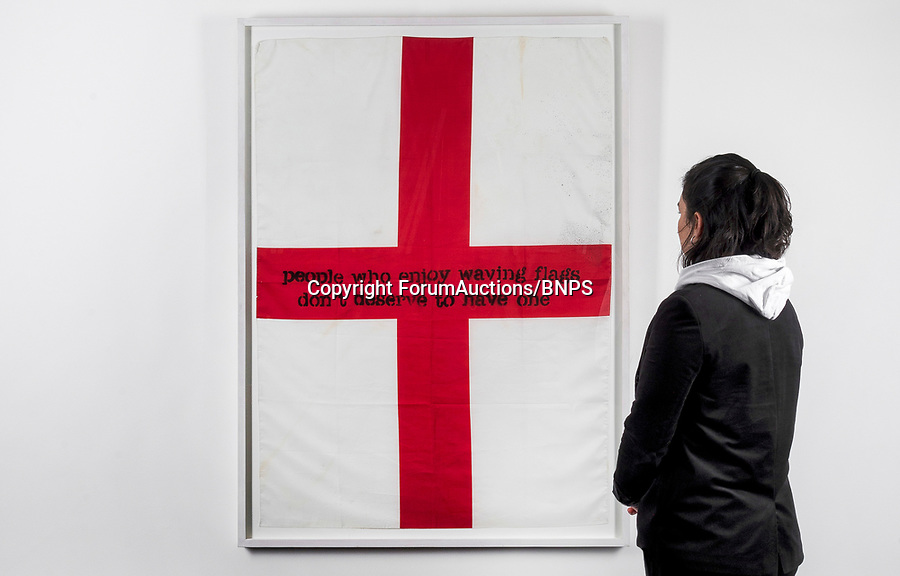 A St George's flag which has been spray-painted by Banksy has emerged for sale for £300,000.

The street artist emblazoned the 52ins by 37ins flag with the controversial message 'people who enjoy waving flags don't deserve to have one'.

The artwork is believed to date from circa 2003, with a label on its back indicating it was displayed at the Lazarides Gallery, a London venue run by Steve Lazarides, Banksy's former photographer and agent.

The flag was acquired by a British private collector several years ago and is now going under the hammer with London-based Forum Auctions.
ForumAuctions/BNPS 6 Apr 2021 5884x3764 / 2.4MB