Add to Lightbox
Image 1 of 1
BNPS_GeorgeBeatleMum_09.jpeg 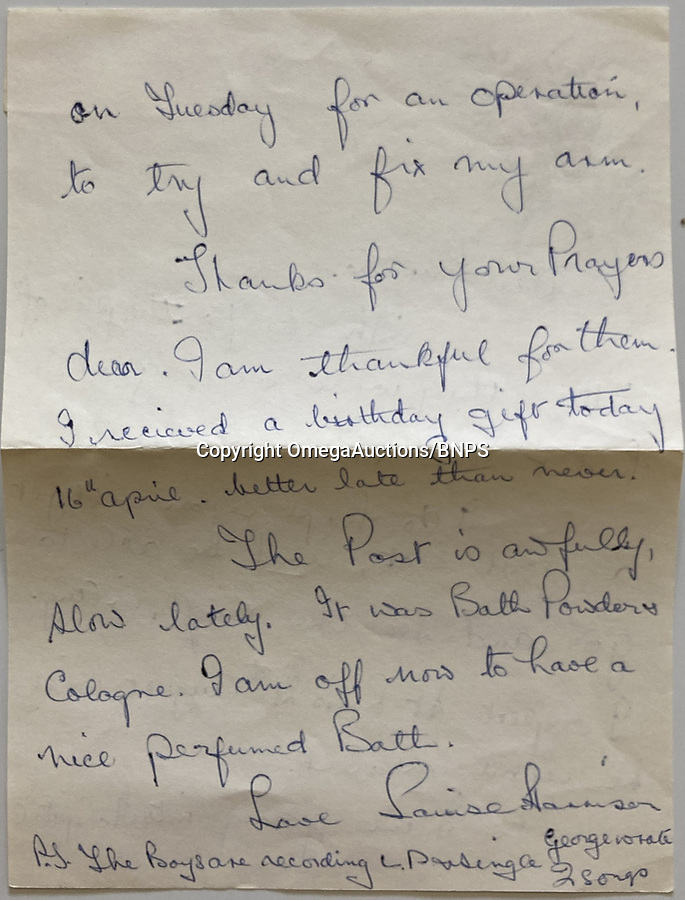 Pictured: In this letter Louise Harrison signs off by saying she's "off to have a nice perfumed bath"