Add to Lightbox
Image 1 of 1
BNPS_JoanCollinsSellsRacyAuntsPortrait_05.jpg 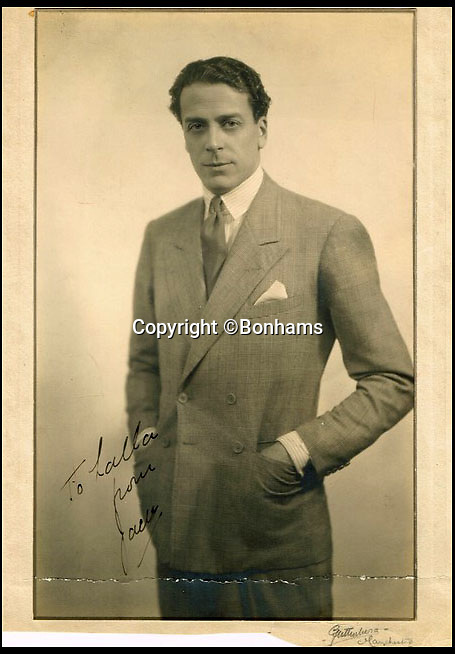 Lalla had an affair with screen hearthrob Jack Buchanan - this signed picture was given to Lalla by Jack.

A portrait of the glamorous and racy aunt of Dame Joan Collins who inspired her to get into acting has been put up for sale by the star.

Lalla Collins was a well-known actress herself in the 1920s and '30s, and Dame Joan says she was a great influence on her own career.

The 84-year-old actress and author, best known for playing Alexis Carrington Colby on Dynasty in the 1980s, is now selling a 1940s oil painting of her glamorous aunt, which is expected to fetch £1,200.