Add to Lightbox
Image 1 of 1
BNPS_InterestingSale_03.jpg 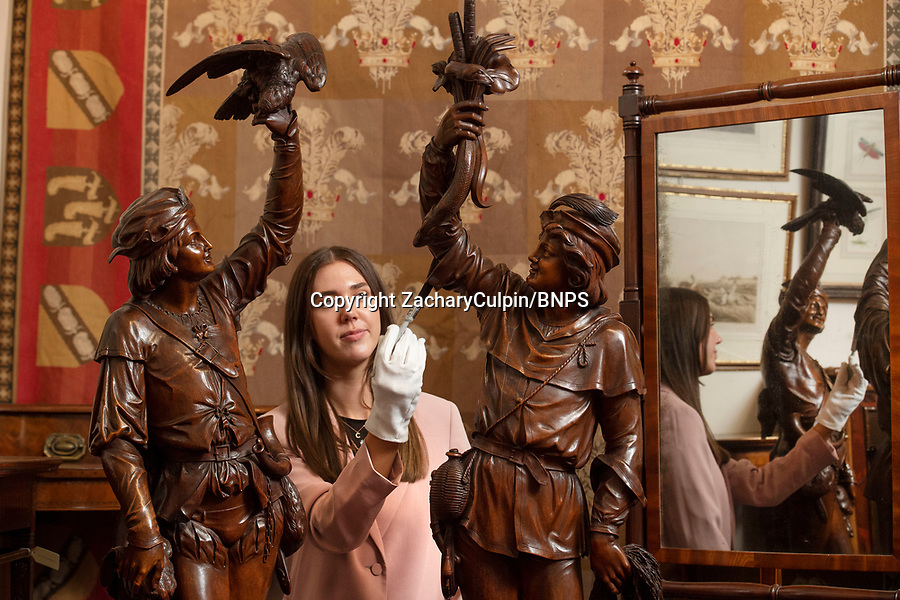 Pictured: A pair of Italian walnut figures from the late 19th century. They were carved by Valentino Panciera, a master craftsman who accidentally cut off the fingers of his right hand at the age of 56 but managed to continue to carve by retraining himself and using a prosthesis, they have sold for £26,000

An eclectic array of Continental figures and other unusual antiques sold for thousands of pounds with a British auction house.

Other items that went under the hammer with auctioneers Woolley & Wallis, of Salisbury, Wilts, were the Sir Michael Codron Collection of Lions, consisting of needlework, pottery and brass.
ZacharyCulpin/BNPS 16 Sep 2021 5568x3712 / 3.7MB