Add to Lightbox
Image 1 of 1
BNPS_BizarreNaziMotorcycleTank_04.jpg 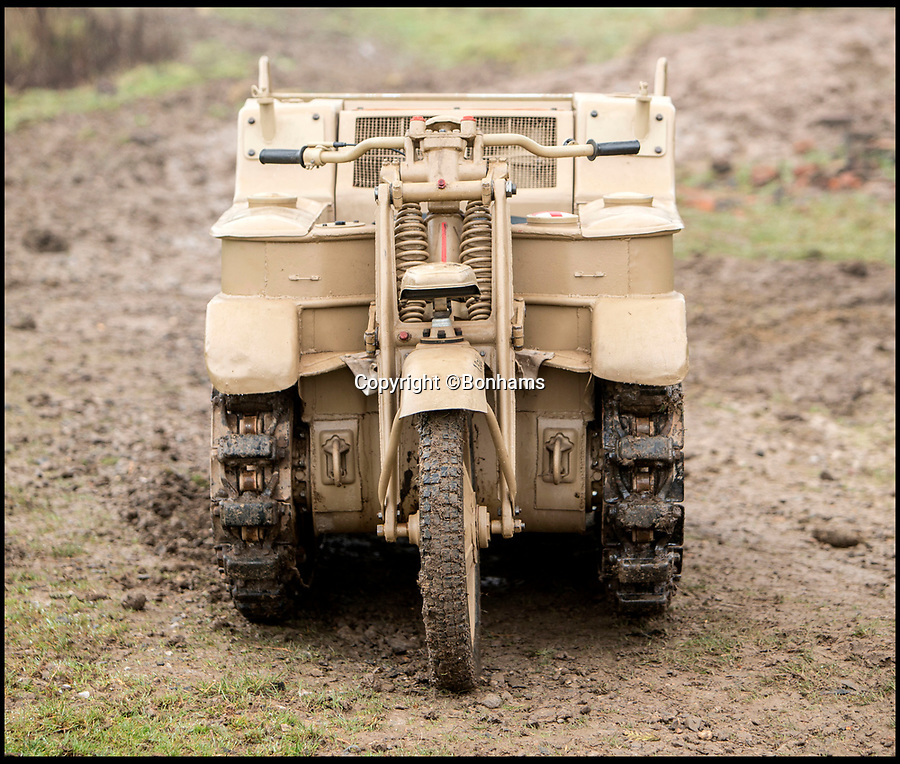 More a kitten than a tiger tank...this bizarre tracked motorbike from the WW2 German army has emerged for sale.

The Nazi military vehicle resembling a motorbike crossed with a tank was actually the fastest tracked vehicle of the Second World War.

Capable of 50mph the relatively light, multi-terrain vehicle proved itself in the mud and ice of the Eastern front during WW2 and could be transported inside a Junkers 52 aircraft.

This intelligent machine made the Allies' corresponding tractors, which were all jeep-like in their design, look entirely unsophisticated.