Add to Lightbox
Image 1 of 1
BNPS_LostLove_01.jpg 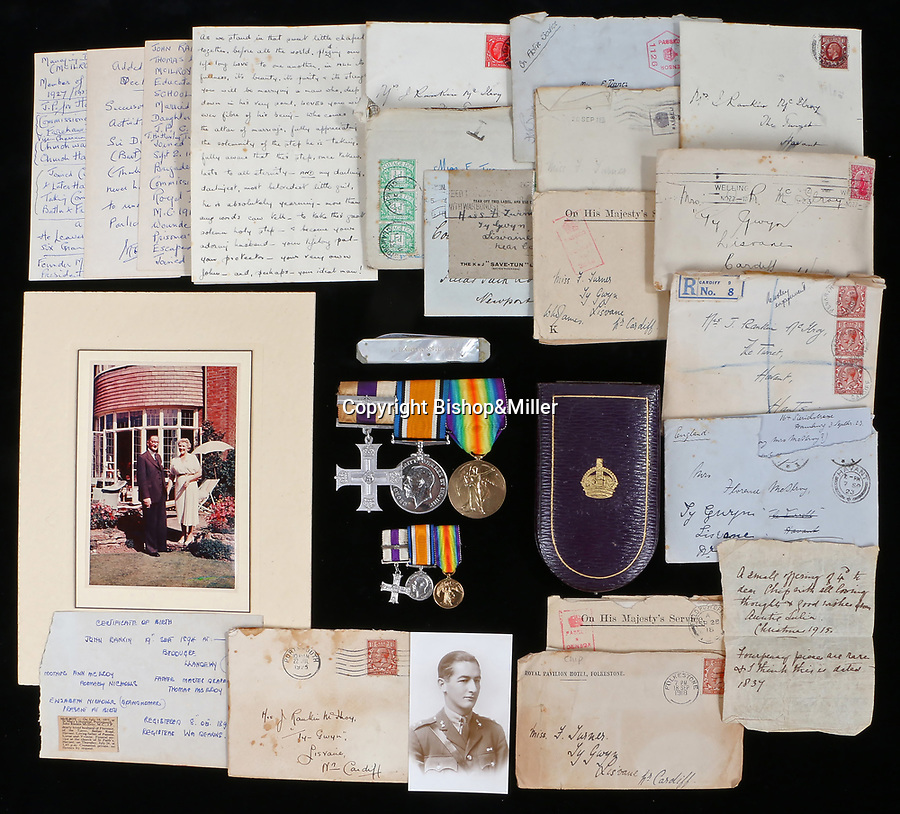 Pictured: The medal set awarded to Lieutenant John McIlroy along with the letters.

After his death a grieving Florence met Military Cross recipient Lieutenant John McIlroy while he was also recuperating in the same hospital.
Bishop&Miller 17 Mar 2020 4840x4374 / 2.7MB