Add to Lightbox
Image 1 of 1
BNPS_SommeDoctorSketches_21.jpeg 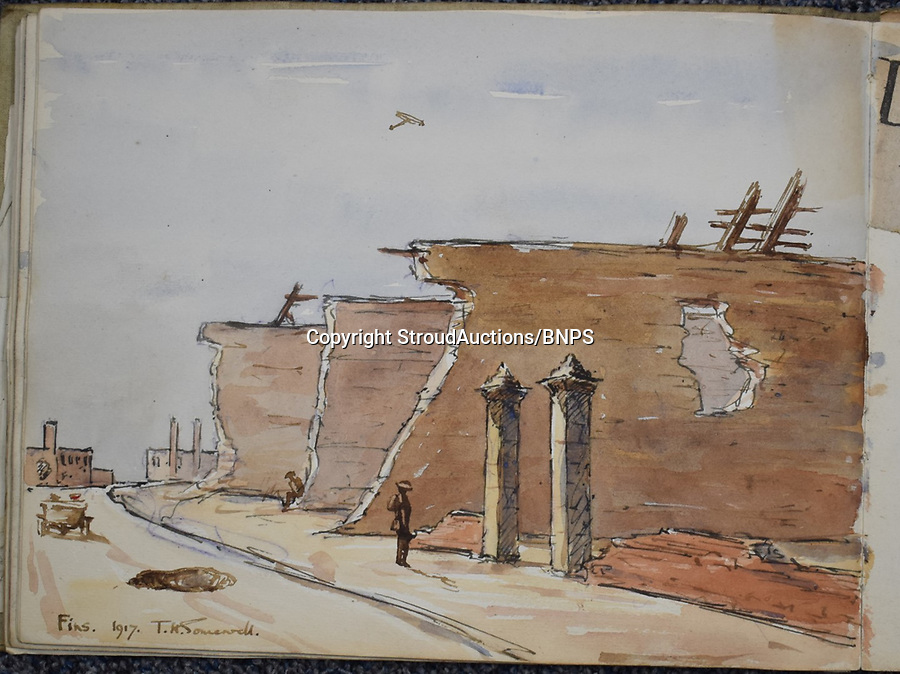 Pictured: Two soldiers among the ruins

Capt Somervell, who was Mentioned In Despatches, drew landmarks including churches which were reduced to rubble in the deadly barrage. He also took rare photos of life on the frontline, including some taken inside an operating theatre. His sketchbook is being sold by a direct descendant with Stroud Auctions, of Gloucs.
StroudAuctions/BNPS 21 Sep 2021 1441x1080 / 331.7KB