Add to Lightbox
Image 1 of 1
BNPS_BlenheimArchiveDiscovered_012.jpg 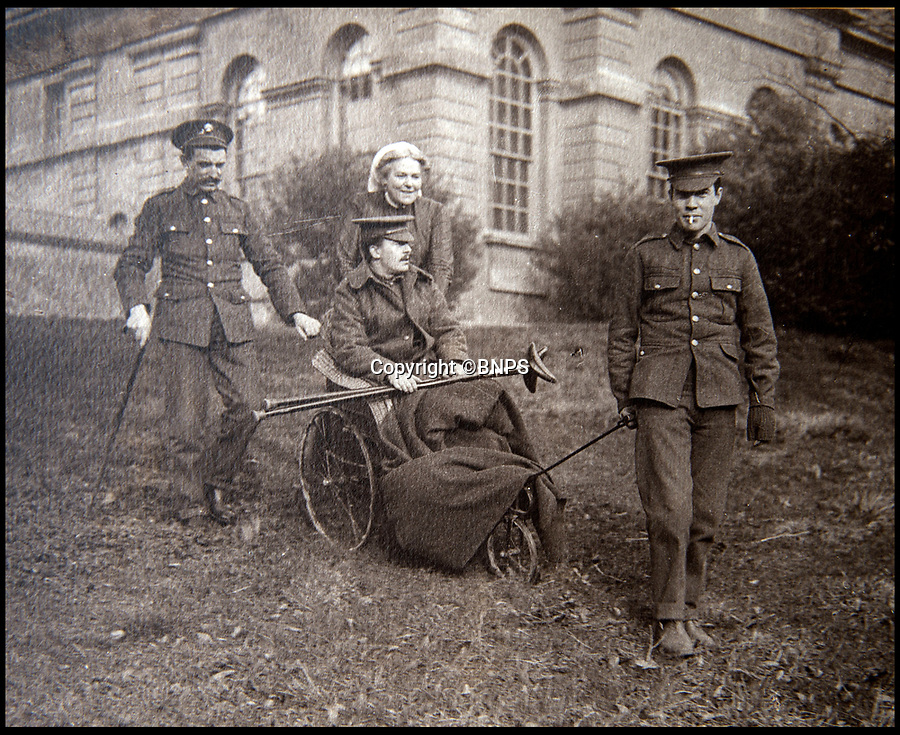 Rediscovered in the archives of Blenheim Palace in Oxfordshire - A poignant reminder of its life as a hospital during the Great War.  Fascinating photos have come to light which reveal how one of Britain's most prestigious country homes was turned into a hospital for wounded First World War soldiers.  Blenheim Palace, the birthplace of Sir Winston Churchill, was converted into a convalescent hospital at the behest of the Marlborough family - who suffered many casualties themselves in the conflict.  The hospital, which opened in September 1914 in the palace's Long Library, could accommodate 50 soldiers and they also fashioned a surgery room, a reading room and a smoking room in the luxurious premises.  The photos, which were kept in an album, have been unearthed alongside an admissions book recording each of the soldiers' personal details and injuries.
©BNPS 7 Feb 2018 3679x3006 / 1.9MB