Add to Lightbox
Image 1 of 1
BNPS_JesseOwensGoldMedal_02.jpg 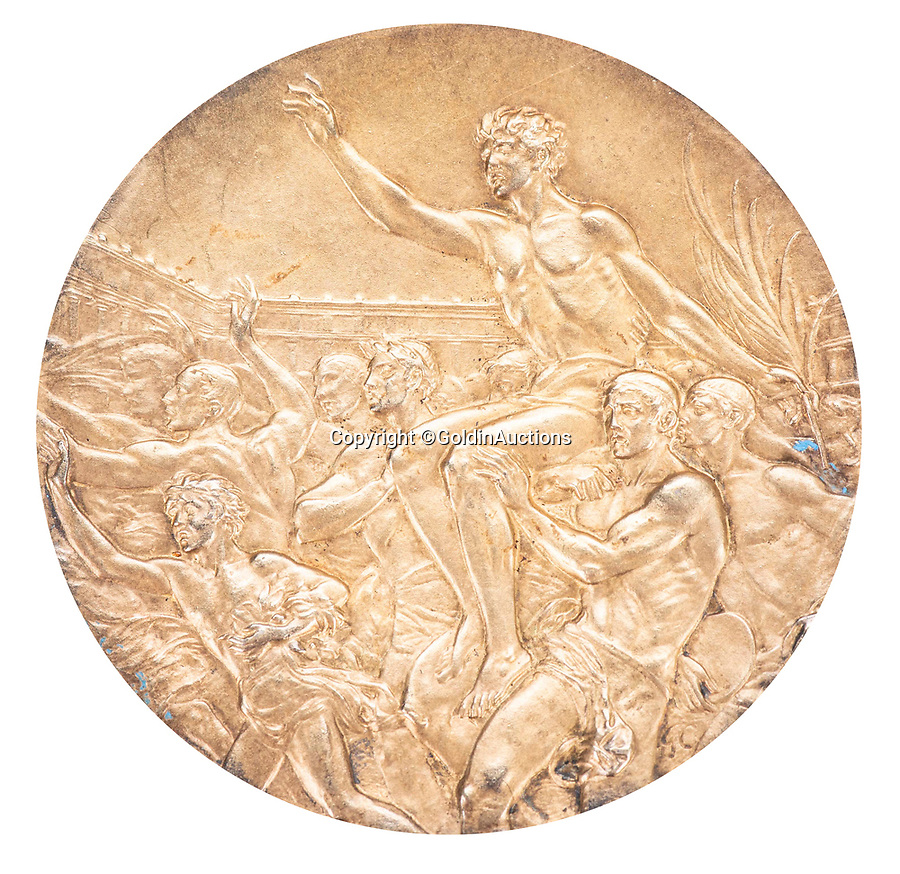 Reverse - Victorious athlete being carried from the stadium by cheering crowd.

One of the four historic gold medal that Jesse Owens won during the notorious 1936 Berlin Olympics has emerged for sale for the very first time for a whopping £1.6m ($2m)

Owens won four medals in a golden riposte to the watching Nazi high command during the games throwing the idea of Aryan supremacy back into Hitler’s face.