Add to Lightbox
Image 1 of 1
BNPS_LostHeroFound_06.jpg 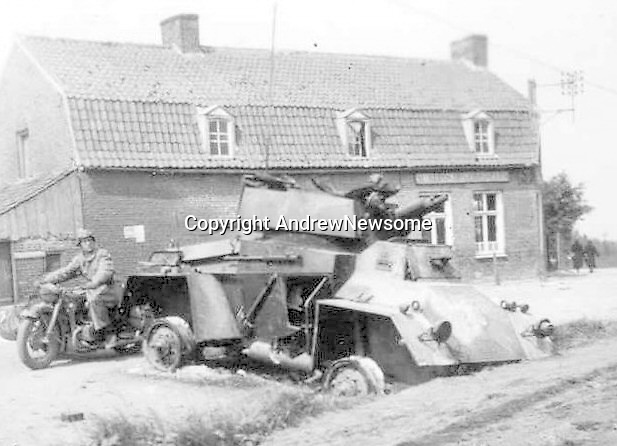 Pictured: Armoured car pictured after the attack - They were both killed when their armoured car was taken out by a German 88mm shell in the town of Esquelbecq