Add to Lightbox
Image 1 of 1
BNPS_TripToKangarooland_03.jpg 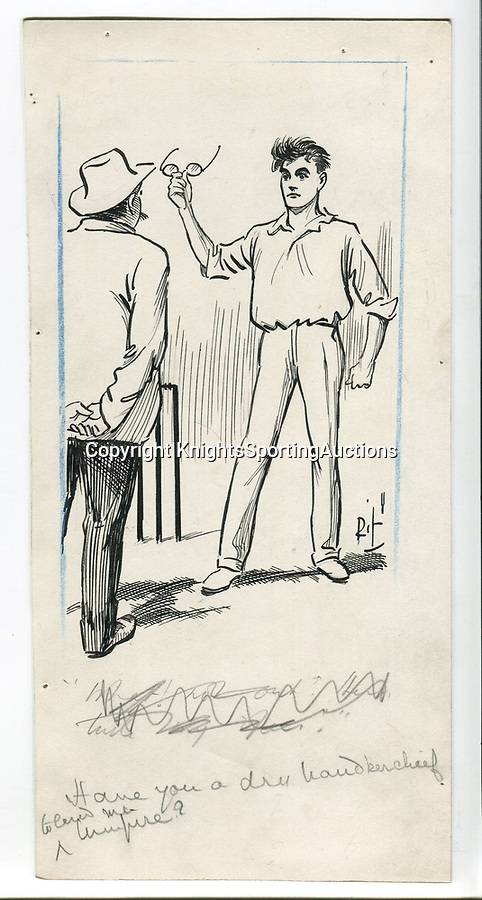 Pictured: Asking the umpire for 'a dry handkerchief to lend me' in order to wipe his spectacles whilst bowling.

He created his 20 pen and ink illustrations under the pseudonym 'RIP' and they remain in pristine original condition, 112 years later.
KnightsSportingAuctions 3 Mar 2021 1625x3037 / 940.8KB