Add to Lightbox
Image 1 of 1
BNPS_InterestingSale_01.jpg 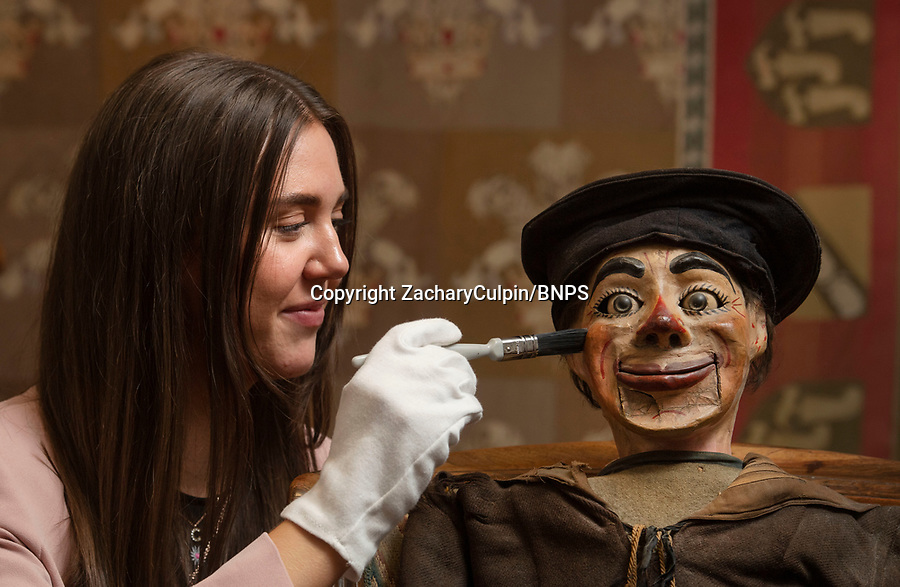 Pictured: An unforgettable looking early 20th century ventriloquist’s dummy in a sailor’s costume from the collection of David and Paula Newman sold for £1300 at auction. The sailor doll was a trope made popular by Arthur Prince, a British ventriloquist whose puppet, Sailor Jim, would sing a song while Prince drank a glass of water or smoked a cigar.

An eclectic array of Continental figures and other unusual antiques sold for thousands of pounds with a British auction house.

Other items that went under the hammer with auctioneers Woolley & Wallis, of Salisbury, Wilts, were the Sir Michael Codron Collection of Lions, consisting of needlework, pottery and brass.
ZacharyCulpin/BNPS 16 Sep 2021 5430x3541 / 2.4MB