Add to Lightbox
Image 1 of 1
BNPS_JohnBallGeologistHero_03.jpg 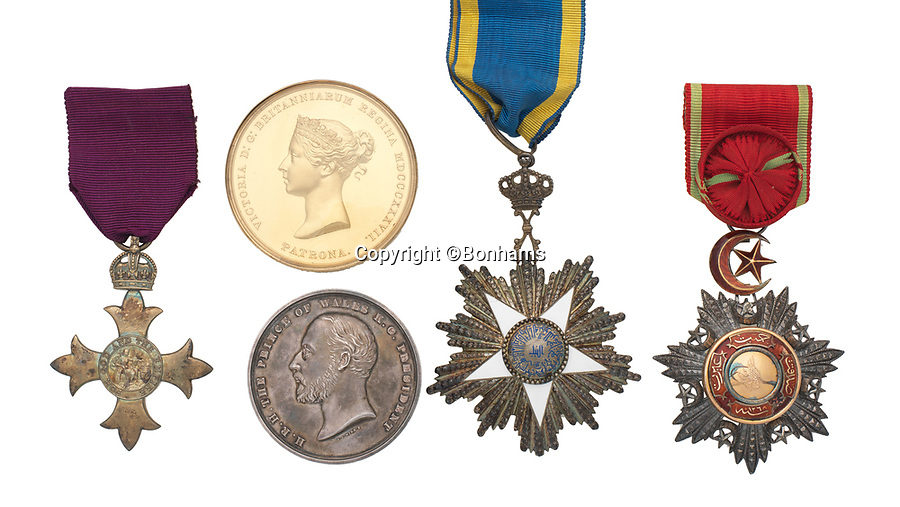 Orders, Decorations and Medals awarded to Dr John Ball included an O.B.E and he was awarded the Victoria gold medal of the Royal Geographical Society for contributions to scientific geography in 1926.

An unlikely hero of the forerunner of the SAS can be revealed after his fascinating archive sold for over £14,000.

They were Britain's first ever special forces unit, carrying out clandestine operations deep behind enemy lines in the North African campaign in World War Two.

But they were deeply indebted to Dr Ball and the reconnaissance surveys he made of the peninsula in the preceding decades.
©Bonhams 28 Jul 2020 5412x3049 / 2.5MB