Add to Lightbox
Image 1 of 1
BNPS_SniperShots_13.jpg 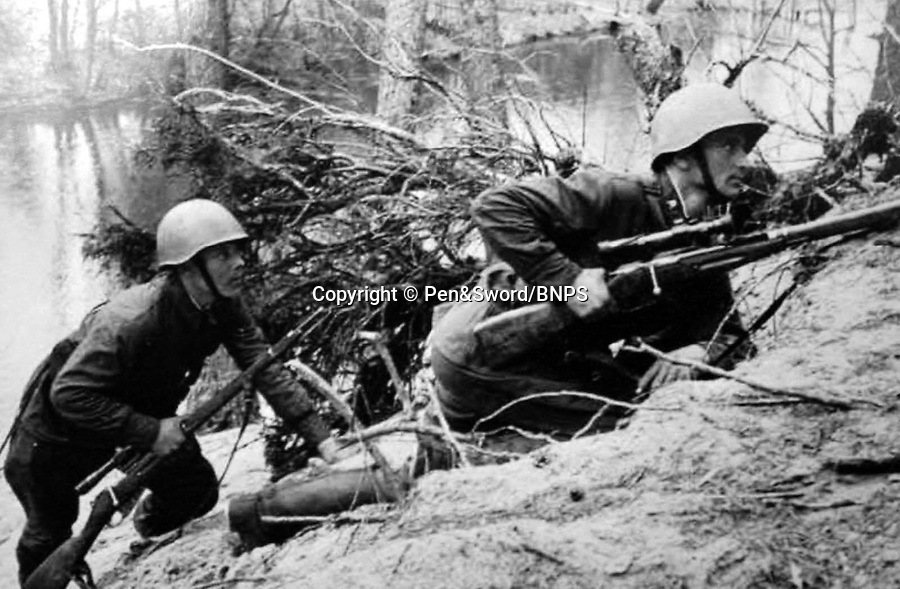 Russian snipers stalks along a river bank to gain a favourable position to attack a German unit.

Several of the photos show glamorous Soviet sniper Lyudmila Pavlichenko, who served with the Red Army during the Siege of Odessa and the Siege of Sevastopol. She was credited with a staggering 309 kills, making her the most successful female sniper in history.
© Pen&Sword/BNPS 20 Jan 2020 1601x1047 / 226.0KB