Add to Lightbox
Image 1 of 1
BNPS_AboriginalSketches_03.jpg 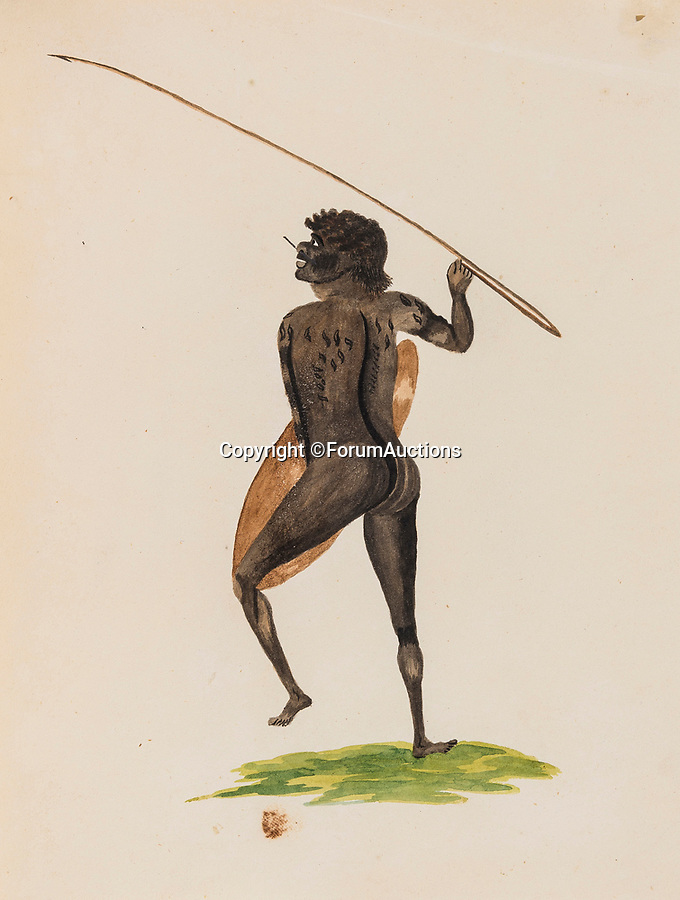 A British naval officer's fascinating early sketches of Aboriginal Australians have sold for £90,000 - 15 times their estimate.

The album of 12 drawings were made by talented artist Captain Joseph Tetley in 1804, who travelled to the other side of the world on board HMS Porpoise.

During his time Down Under, he made numerous sketches of the native Aboriginal population in Botany Bay. The watercolours show them engaged in traditional pursuits including hunting and spear fishing. There are men holding spears and shields, as well as a mother caring for her child.