Add to Lightbox
Image 1 of 1
BNPS_200millionOldFossilArt_010.jpg 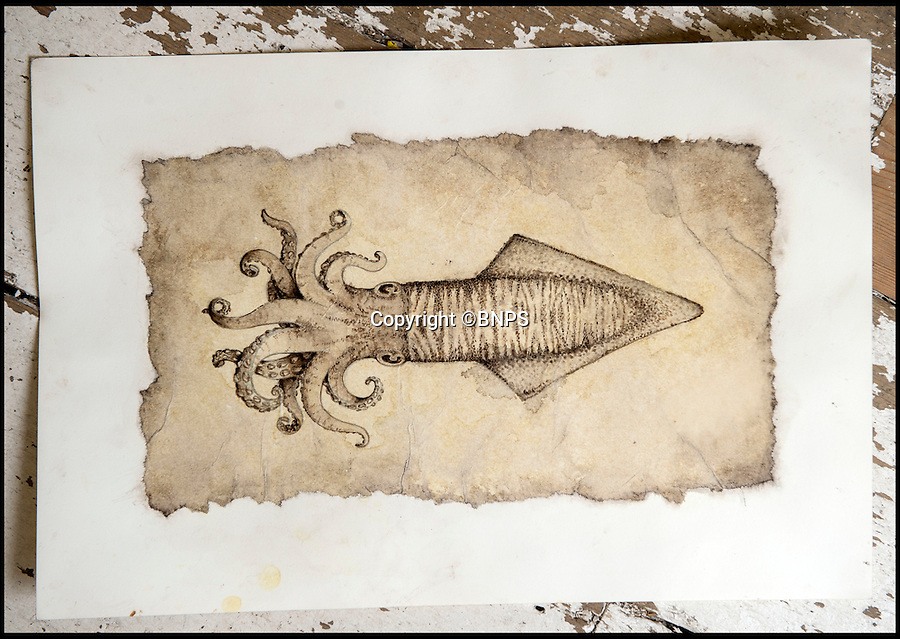 Rikey Austin, 49, extracts ink from a phragmoteuthid fossil, which are somewhere between a squid and a cuttlefish and lived approximately 200 million years ago.

Her husband, geologist Paddy Howe, finds the fossils while walking along the Jurassic Coast in Lyme Regis, West Dorset, which is a hotbed of fossilised activity.

Mrs Austin then powders the ink, adds a tiny bit of water and uses it to create captivating images of dinosaurs and other fossilised creatures.

The phragmoteuthid defended itself by shooting out ink and some of the fossils still have their original pigment in an ink sack inside.

However, these fossils do not preserve themselves as well as other fossils, so it is extremely rare to find one with its ink sack intact.