Add to Lightbox
Image 1 of 1
BNPS_KingsCigaretteCaseSells_12.jpg 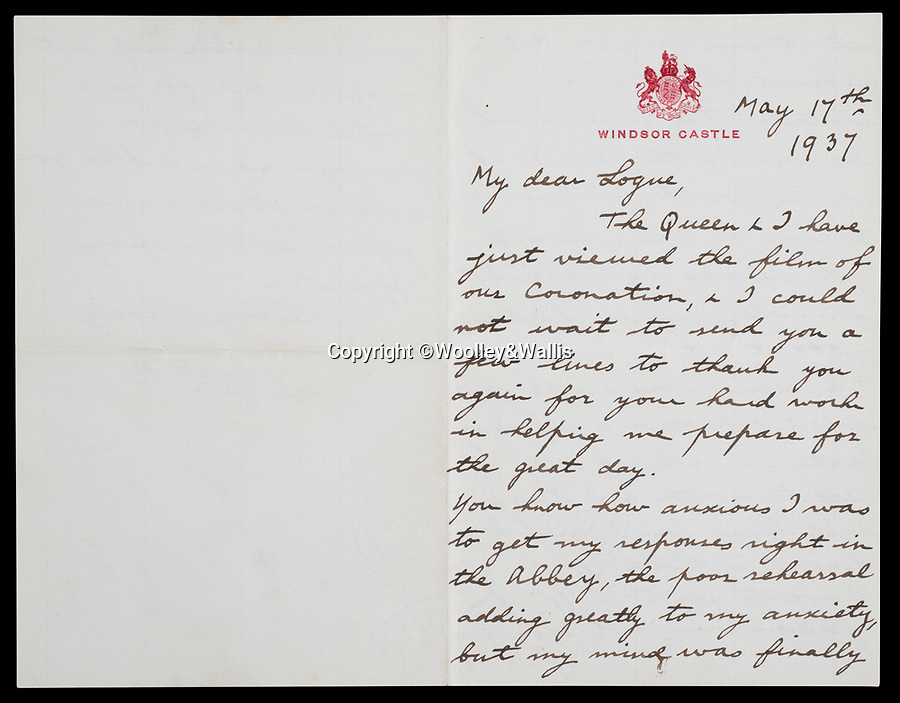 The case was sold with a letter of gratitude from King George VI to his speech coach who was immortalised in the film The King's Speech has come to light after 83 years.

The two men's friendship was the subject of the 2010 film in which Colin Firth won an Oscar for his portrayal of George VI, starring opposite Geoffrey Rush who played Australian Logue.
©Woolley&Wallis 10 Feb 2020 2400x1875 / 2.1MB